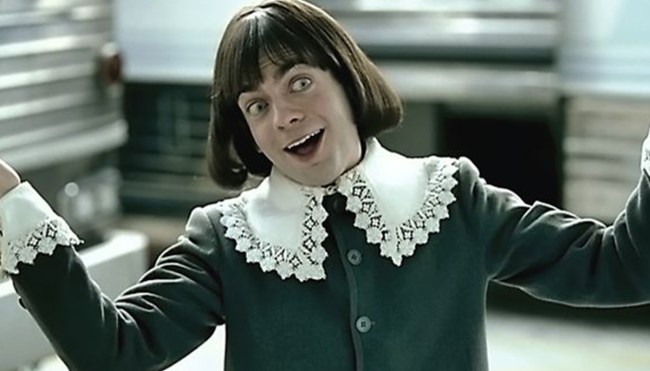 The mid-2000s was home to what is arguably the Golden Age of Weird Commercials; a time when many brands hired ad firms with a creative strategy that seemingly involved locking a bunch of marketing majors in a room with an ounce of weed and telling them to knock on the door once they come up with a new campaign.

Regardless of what those brainstorming sessions actually looked like, they managed to produce some spectacularly random and magically insane spots. Many of them remain permanently ingrained in my mind long after they stopped gracing the airwaves, including the Dancing Six Flags Guy, the Quiznos commercials with those…things, and an anti-drug ads you’d need to be high to dream up in the first place.

However, when it comes to the Weird Commercial that rules them all, there isn’t a single one that comes close to topping what Starburst dreamed up to plug a new line of Berries and Cream candy.

The world was first introduced to The Little Lad with a love for berries and cream in 2007, and while that spot may have initially been marketed at Gen-Xers and millennials, it’s recently experienced a  resurgence courtesy of The Youth who’ve transformed it into a TikTok meme (thanks in part to the instructional dance video that largely flew under the radar before Having A Moment almost 15 years after it was uploaded to YouTube).

Now, legendary Texas beer brand Shiner has decided to hop aboard the bandwagon, as the brewery best known for its flagship bock recently announced it’s whipped up a limited-run of an elixir “made with the finest berries and the richest cream.”

Our brewers had way too much fun dancing while making a very limited batch of Shiner Berries & Cream Beer. Coming soon to the Spoetzl Brewery tap room for a short time!#BerriesandCream pic.twitter.com/9v9g8VPMYM

It’s unclear when the 5% ABV creation is slated to make its grand debut, but as things currently stand, it appears any lads and lasses who want to snag some Berries and Cream beer will have to make the trek to the Spoetzl Brewery in Shiner, Texas to get their hands on some once it drops.