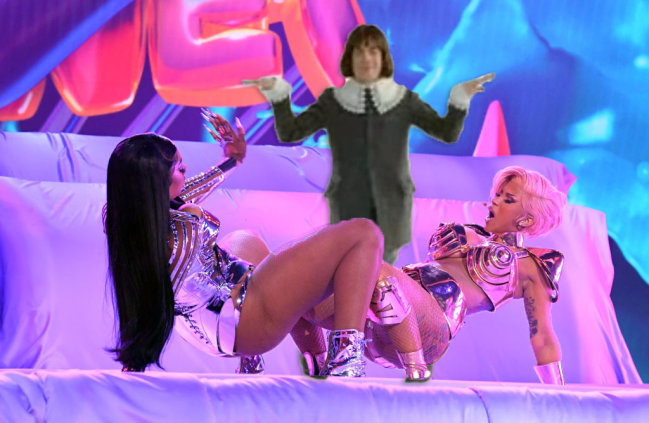 If you are not on TikTok, you probably have no idea what this headline means, but you will be glad you clicked. If you are on TikTok, than you know exactly what to expect and it will exceed your expectations.

Over the past year year, since the release of Cardi B’s WAP, there has been a viral dance that goes along with the aggressively explicit song. It involves a lot of hip-thrusting and flexible movements that pair well with the lyrics.

At the same time, perhaps more recently, a viral “Berries & Cream” dance has taken over the app. It has to do with the 2007 commercial for Starburst that involved the “Little Lad Dance.”

The song, sound and dance from the video has exploded on TikTok. It’s practically catered for the app and it’s almost as if Starburst was 14 years ahead of its time.

Well, one TikTok user decided to combine the two trends into one— “Berries and WAP.”

It’s unclear as to who was the first to use the sound, but it is clear who did the best job. That would be Brianna Michi (@briannamichi) and her friend.

Michi, a student at the Empower Dance Company, is from Chicago. She and her friend, sporting all black, except for some white Air Force 1s — and a black hat when it’s time for the Little Lad Dance — absolutely kill it.

There are quite a few people who have hopped on the trend, and you can find them HERE if you are prepared to go down a rabbit hole, but none are better than Michi.