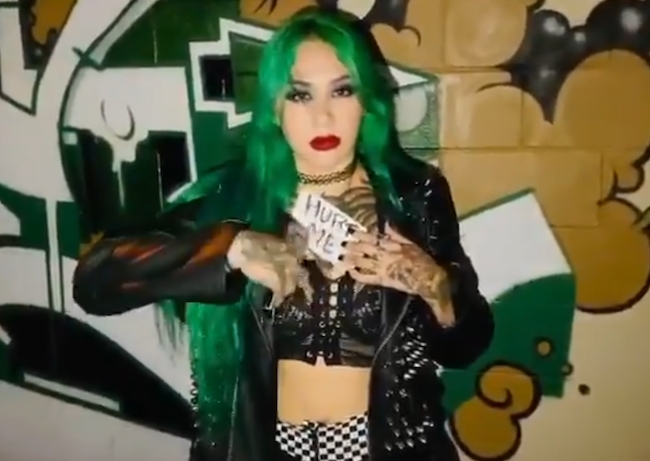 On tonight’s episode of NXT, Shotzi Blackheart gets a title shot against Io Shirai for the NXT Women’s Championship.

“When someone tells you not to do something, doesn’t it make you want to do it even more?” Blackheart asks.

“When someone tells you not to do something, doesn’t it make you want to do it even more? Io, I like you too. But when you said, ‘Don’t make me hurt you,’ it kinda sounded like a threat to me. But do I look scared to you? Some people fear pain, but me? I invite it. Look, I don’t want to have to spell it out for you, but it kinda seems like I have to. Io, you may be champion, but can you out-crazy Shotzi Blackheart?”

Making a name for herself for years on the independent scene with her death-defying style and unapologetic, in-your-face attitude, Blackheart quickly became a fan favorite in NXT.

Here’s a closer look at the enigma that is Shotzi Blackheart.