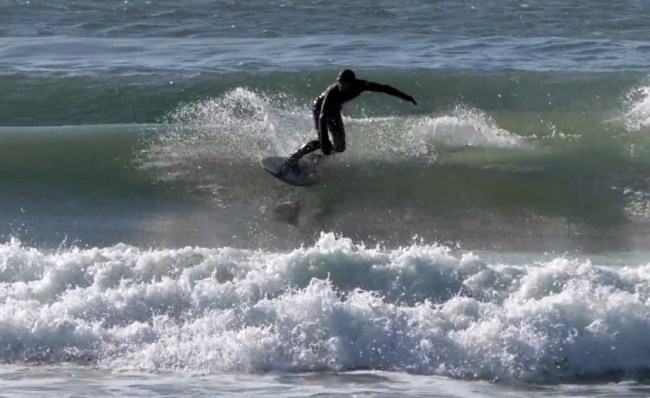 Is anyone sick of the cold and snow yet? Shut up, west coasters. In certain parts of the country, temperatures dipped lower than the Cleveland Browns win total for the last decade. Winter 2018 is being a real jerk.

The one bright spot seems to be the suddenly awesome surfing conditions along the east coast. The low temps are turning waves into ridable Slurpees.

With single-digit temperatures and massive snow storms sweeping the northern United States, it’s no surprise that most things are going to freeze. This includes the waves just off the shore of Nantucket, which turned into a slurry of rolling ice when temperatures dropped to 12 degrees Fahrenheit this week.

On January 2nd photographer Jonathan Nimerfroh not only captured the phenomena of these partially frozen waves crashing against the shore, but also an extremely brave surfer (Jamie Briard) weathering the icy conditions.

Check out the video from their adventures on the frothy sea.

[via This Is Colossal]