Alien Expert Says U.S. Government Is ‘Silently Monitoring Snake-Like UFOs’ That Have Been Popping Up Everywhere 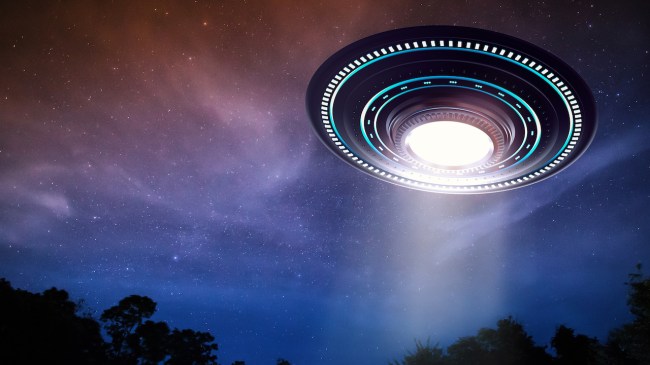 Folks, let me make this simple for you — there are two types of people in this world: those who believe there are aliens and complete close-minded morons.

Not to be rude to the non-alien believers in the room (which, if you are one, what are you even doing here, mate? Hate-reading about aliens?), but it’s almost unfathomable to me that there are people out there who truly believe that in a literally endless universe, life only exists on this tiny little insignificant rock of ours.

While aliens have yet to formally introduce themselves to the general public, that likely has more to do with the government’s various cover-ups and less to do with aliens being gun shy.

In fact, aliens have become so prevalent in today’s society that legitimate United States Presidential candidates such as Bernie Sanders have even promised to tell-all regarding alien life if elected Commander in Chief.

And now — whether it be the rise of social media or the increasing wokeness of the general population — UFO sightings seem to happen more often than ever these days, especially across our fine 50 states.

For example, just this week — following a summer filled with extraterrestrial news — a report has come out that the United States government is allegedly “silently monitoring the activity of snake-like UFOs.”

US government 'is silently monitoring snake-like UFOs' seen across the countryhttps://t.co/71lun2MAax pic.twitter.com/cU2Gbx2jig

According to former detective and current UFO enthusiast Gary Heseltine, “cigar-shaped UFOs have been seen for decades” and are likely being “silently” monitored by the United States government.

The sightings started in June, when a popular YouTuber was shocked to discover a bright light above the Mojave Desert in California. Since then, they have supposedly been spotted during a meteor shower in Wyoming as well as over New York moving like it was “alive”.

“Cigar-shaped UFOs have been seen for decades,” he told The Daily Star. “These sightings can be rare and have been seen around the world from time to time, particularly in South American countries like Mexico and Peru.”

Providing the sightings are numerous and have multiple witnesses, I have no doubt that someone in authority will be ‘silently’ monitoring the activity [of snake-like UFOs]. [The Daily Star]

And before you brush this off by saying “well, ole’ Gary here must be crazy”, consider the fact that’s probably exactly what *they* want you to think.

Be observant, remain vigilant, but most importantly, stay woke.