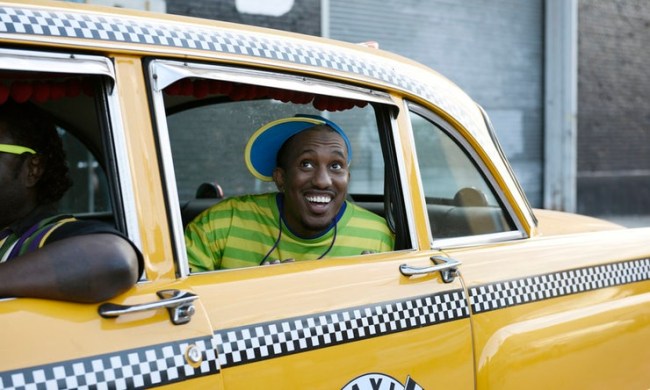 Was The Fresh Prince of Bel-Air one of the cornerstones of your childhood or teen TV viewing habits? Well, prepare to have your beloved and innocent turned completely upside-down. In this very sinister version of Fresh Prince, things take a turn for the worse. A much, much darker turn for the worse. SNL imagines what if those couple of guys who were up to no good and started making trouble in Will Smith’s neighborhood were actually members of a gun and drug-running gang in Philadelphia who are quick to vow violent retribution for anyone who crosses them even if they move in with their auntie and uncle in Bel-Air, California.

In the fantastic Saturday Night Live sketch, new SNL cast member Chris Redd plays Will Smith’s character from the hit 90s show. But instead of wacky hijinx such as Carlton getting high on speed pills that he thought were vitamins, the Fresh Prince gets caught up in an all-out war and shootout between the Yakuza and the dangerous Philly gang led by Method Man. But like all great Fresh Prince episodes, Uncle Phil (played by Kenan Thompson) bails Will out, however, this time he did so with a pump shotgun. Will even gets taken advantage of by a supposed FBI agent, played by Jessica Chastain, who was the host of last night’s SNL episode. Next thing Will knows he takes up another identity to sit on his dirt throne as the Prince of New Hampshire.