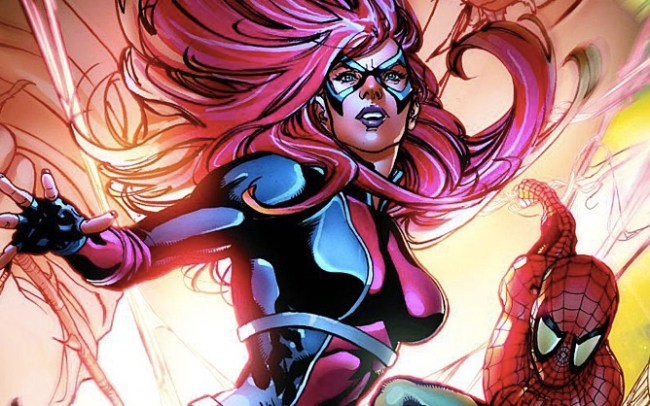 While most of the film industry is dormant due to our current global situation, Sony apparently remains committed to further fleshing out their recently named “Sony’s Spider-Man Universe of Characters”, as reports indicate the studio has hired Arrow and Legends of Tomorrow writer Marc Guggenheim to pen a script about the Spider-Man character known as Jackpot.

Jackpot is a relatively new creation, as the character first appeared in Marvel Comics back in 2007.

Sony Pictures is determined to expand its Marvel Spider-Man universe headlined by a female superhero. The studio has Marc Guggenheim writing the script for Jackpot, a feature about a crime fighting mom in the comics. Guggenheim has written episodes of that comic series, with Brian Reed.

Jackpot is a superheroine with exceptional strength, and her history in the comics is a complicated one. First incarnation was Sara Ehret, a scientist, who, while pregnant, is doing gene therapy research and is exposed to “Lot 777,” a virus that rewrote the DNA in her cells. Her baby is born healthy but she realizes in addition to being a new mom she has superhuman strength after she is forced to save her family. [via Deadline]

Sony’s mini-Marvel Cinematic Universe was actually supposed to see the release of two additional films this year, as the bizarre-looking Jared Leto-starring Morbius was originally scheduled to be released in theaters in July, while they aforementioned Venom sequel — which sees Woody Harrelson join the cast as Carnage — was supposed to drop in October. Instead, Morbius will now be released on March 19, 2021, with Venom: Let There Be Carnage dropping on June 25, 2021.