‘Into The Spider-Verse’ Writers Wanted Tobey Maguire, Andrew Garfield, And Tom Holland To Appear In The Film 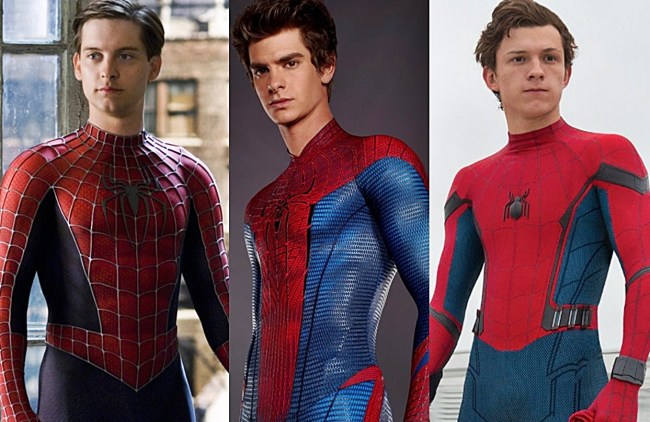 Cartoon, live-action, or otherwise, it can be argued that Spider-Man: Into The Spider-Verse — which won the Academy Award for Best Animated Feature back in 2018 — is one of the most original superhero movies of all-time.

What made Into The Spider-Verse such a success was its comedic self-awareness, which is a characteristic that can largely be attributed to writers Phil Lord and Christopher Miller (the guys behind 21 Jump Street).

While Lord and Miller certainly were able to inject their trademark brand of humor into the film, they recently revealed that they weren’t necessarily allowed to run wild with their ideas, as Sony turned down their idea of having the three live-action Spider-Man actors — Tobey Maguire, Andrew Garfield, and Tom Holland — appear in the film because it was “too soon.”

Sony probably made the right call in that regard, as they would’ve essentially been making fun of their own handling of the character.

We pitched the Sony brass an ambitious tag involving Spider-Ham, Tobey, Andrew, and Tom. They felt it was “too soon”#SpiderVerse #QuarantineWatchParty https://t.co/E91H1eLysr

Maybe Lord and Miller will get their chance in the sequel, as the follow-up to the award-winning Spidey-flick is currently scheduled to hit movie theaters in the United States in 2022.

Luckily for you, if all this Spider-Man talk inspires you to do a rewatch, essentially all of the movies are currently streaming somewhere.