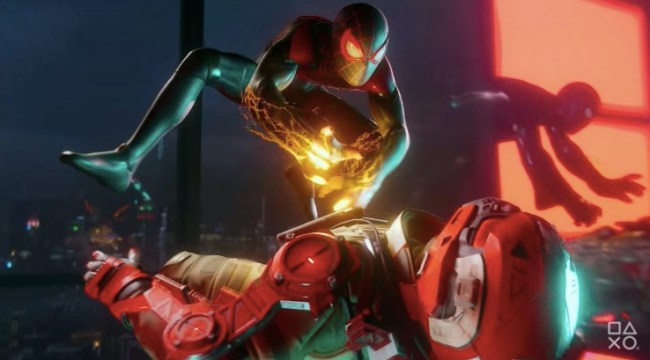 The first teaser trailer for Spider-Man: Miles Morales, the follow up to 2018’s PlayStation exclusive Spider-Man, has been released. The sequel was announced during today’s PlayStation 5 gameplay event.

The original Spider-Man game, which was released on PlayStation 4 on September 7, 2018, is one of the best-selling PlayStation 4 titles of all time.

Miles Morales — who was first introduced by Marvel Comics back in 2011 — has burst into the consciousness of casual fans in recent years thanks to the success of the Academy Award-winning animated hit Spider-Man: Into the Spider-Verse, which was also released in 2018.

Spider-Man: Miles Morales will hit the PlayStation 5 during Holiday Season 2020 and will be one of the first game’s available when the highly-anticipated next-gen video console launches.

If you’ve got a PlayStation 4 and want to catch up, you can cop award-winning Spider-Man over on Amazon.