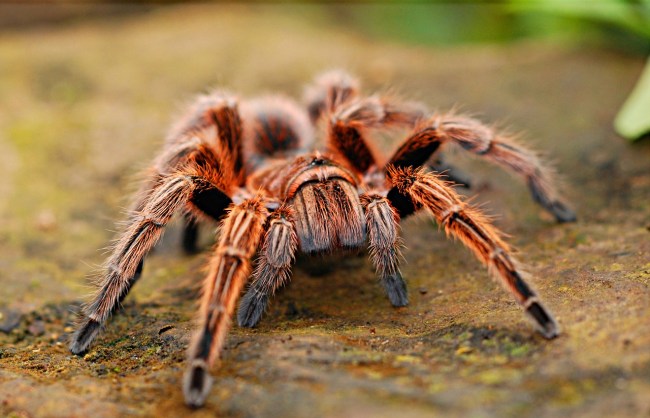 Yesterday, there were rumors that the zombie apocalypse had officially kicked off when a flight was quarantined by the CDC at JFK Airport when a bunch of passengers mysteriously fell ill midair.

Thankfully, Vanilla Ice was there to document the whole thing and help put our minds at rest.

So I just landed from Dubai and now there is like tons of ambulances and fire trucks and police all over the place pic.twitter.com/i9QLh6WyJW

If Ice doesn’t score a cameo in the upcoming sequel to Zombieland because of this then they’re missing out on a fantastic opportunity.

It was eventually revealed that the initial reports about 100 travelers falling sick were overblown, and as of this writing, there is no evidence to indicate we have to start stocking up for the zombie apocalypse anytime soon.

However, that incident has overshadowed an equally terrifying story originating in Philadelphia, where 7,000 creatures at the city’s Insectarium and Butterfly Pavilion somehow managed to go missing.

According to CNN, 7,000 creatures (which amounts to 80% of the museum’s collection) were apparently stolen in an impressively brazen heist that resulted in the disappearance of scorpions, lizards, and spiders— including a six-eyed sand spider, which is stocked with enough venom to kill a person.

As you’d probably expect, people weren’t exactly thrilled to hear about the news.

HOW DO YOU LOSE SEVEN THOUSAND AND ONE SPIDERS
WHY DOES ONE SPIDER NEED SIX EYES
WHAT KIND OF RINKY-DINK OPERATION ARE YOU RUNNING, PHILADELPHIA INSECTARIUM
JUST WHAT, IN GENERAL https://t.co/0H4NEAPANA

RIP all my friends in Philly. https://t.co/91HmwI8Bos

All evidence points to the robbery being an inside job, as security cameras caught people wearing staff uniforms carrying out boxes filled with exotic animals over the course of a few nights last month.

John Cambridge, the museum owner, did his best to reassure the general public the animals aren’t roaming the streets in search of unsuspecting prey, saying the robbers are likely looking to offload a collection worth approximately $40,000:

“They are very easy to sell. The enthusiast market is quite strong— exotic pet shows and that kind of thing. There’s no way they took these to be part of their personal collection.”

Police have recovered a dozen insects from the home of a suspect, which means there are still approximately 6,988 animals unaccounted for.

I wish the people of Philadelphia the best of luck during these trying times.