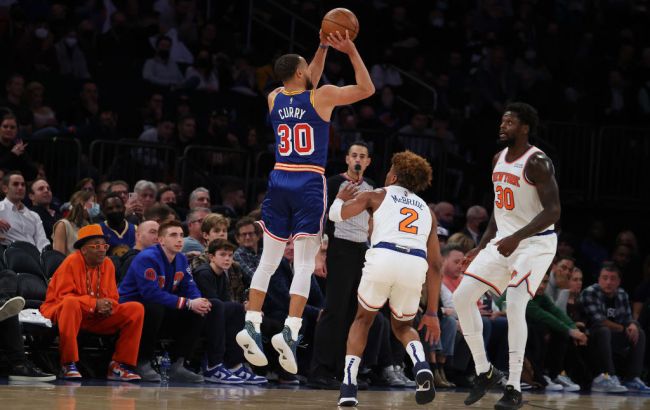 In case you somehow haven’t heard, Golden State Warriors point guard and solidified NBA legend Steph Curry broke the record for three-pointers made — 2,974 — breaking the record previously set by Ray Allen. Most mind-blowingly, Curry did it in just about 60% of the time that it took Allen, setting the record after just 789 career games. Allen, for comparison, made 2,973 three-pointers in 1,300 career games.

To make the moment even cooler for Curry, he set the record at Madison Square Garden in New York City, affectionately known as the “Mecca of basketball”, against the New York Knicks. And because it was a Knicks game, that, of course, meant their most loyal famous fan was in attendance, legendary director Spike Lee.

Following the game, the 64-year-old filmmaking titan hopped right into cinematographer mode, as cameras caught the Do The Right Thing director virtually laying on the floor of MSG to make sure he got the perfect shots of Curry as he was conducting his postgame interviews.

Spike had to get the perfect angle 🎥😂 pic.twitter.com/vfNjw8xGeS

Lee later posted some of the photos he took to his personal Instagram account, and as you can tell, the man clearly knows his way around a camera:

At 33-years-old and likely playing the best basketball of his career, Curry has a chance to push his three-point record to truly unreachable levels in the coming years.