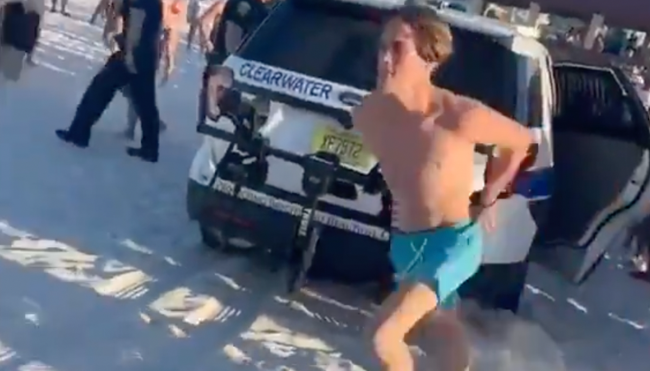 I can’t imagine how much it’s sucked for the people who’ve been deprived of a year of the college experience as a result of the pandemic, and while it’s easy to criticize the students who’ve decided to prioritize getting their party on over taking precautionary measures, I’m not really in a position to criticize them based on all of the wildly dumb stuff I did back in the day.

I can’t tell you if I would have made the incredibly difficult decision to forgo participating in the traditional spring break festivities if I was still in school right now, but COVID hasn’t stopped plenty of people from flocking to Florida—including the 150 people who were arrested in Miami while onlookers twerked on police cars last week.

I’d argue that if you go on spring break without making some bad decisions with the help of an unhealthy amount of alcohol, you really didn’t go on spring break at all. With that said, you still have to try to exercise some restraint when it comes to avoiding falling victim to booze’s magical ability to convince you an objectively awful idea is actually a brilliant one, which I’m going to assume played a role in a wild incident that was captured in Clearwater.

According to TMZ, police were dispatched to a beach to break up a fight, which led to an unidentified spring breaker getting put in handcuffs before being placed in the back of an SUV. However, the cops neglected to close the door after detaining him, and after examining his options, the guy decided to see what would happen if he jumped out of the vehicle with his hands still secured behind his back and make a run for it.

It didn’t take long for him to get an answer, as he was quickly tracked down before once again being taken into custody.

I for one am shocked that escape didn’t end as he probably hoped.