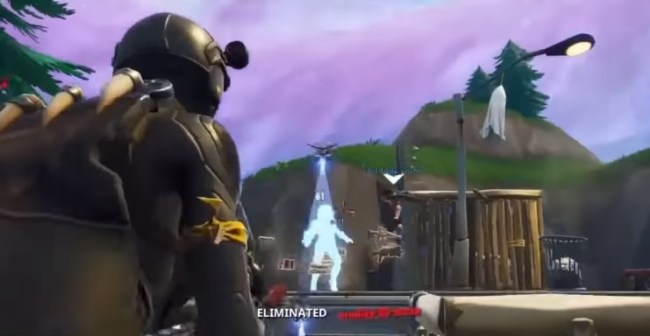 What’s your record amount of kills on Fortnite? Five? Two? One? Imagine being on a squad that notched an astounding 61 kills in one match? That actually happened this week and set the new Fortnite kill record.

A squad composed of Australian gamers Fortitude_Fqrbes, Nexjs, tactjc-, and NadeXC set the record for Fortnite kills this week. The group playing on PlayStation 4 edged out the previous record of 59 kills set by JuicyMutt, MannyinCali, TozSlays, and xPolitics back in April. The Epic Games Fortnite Battle Royale record for “most kills in a squad game” started at the Tilted Towers and ended at the Tomato Temple.

After 16 minutes of fierce battle and once the smoke cleared, the Victory Royale screen popped up and displayed that the Aussie squad nailed 61 kills. They exuberantly yelled, “Oh my God!” after they realized they had set the world record.

Here is the final tally of kills by each member:

The match has 99 players, so that means that this fantastic fighting force killed nearly two-thirds of the entire lobby.

A new world record has been broken in #Fortnite! pic.twitter.com/V8sNySf4JC

In September, during the Fortnite Fall Skirmish the PC kill record was broken three times in 24 hours.

You can watch videos of the record-breaking console gameplay below by the winning gamers.