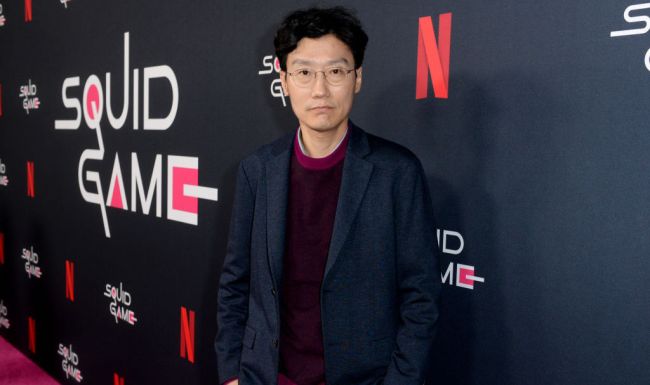 In my half-a-decade of covering the entertainment industry, the rise of the South Korean Netflix series Squid Game has been one of the most remarkable things I’ve ever seen.

Essentially unheard of when it was being produced and first release, Squid Game — naturally and organically — became the streamer’s most-watched original series of all-time, proliferating through pop culture in such a way that even the Grandmas of the world we’re checking it out to see what all the hype was about.

Given its massive success, it was only a matter of time until others attempted to ride its coattails, which is exactly what YouTuber MrBeast did when he hosted his own (non-violent) version of the competition.

RELATED: Chart Showing How Much Bigger ‘Squid Game’ Is Than ‘The Mandalorian’ And ‘Tiger King’ Is Mind-Blowing

While appearing at the 2021 Gotham Awards last week, Hwang Dong hyuk, the creator of Squid Game, shared his thoughts about the imitation of his breakthrough project and was surprisingly chill about it.

Hwang Dong hyuk, the creator of Squid Game, was asked about the influx of videos at the 2021 Gotham Awards on 29 November and his response was brilliant.

As seen in a TikTok video uploaded by @zymonzz, most likely referring to MrBeast’s version, the reporter asked Hwang Dong: “What do you think of YouTube gamers out there that are creating their own Squid Games?”

With a big grin on his face, Hwang Dong responded: “I watched some of it. It helped me to promote the show too so more people view it.” [via LadBible]

All nine episodes of the first season of  Squid Game are now streaming globally on Netflix.

RELATED: The Cost Of ‘Squid Game’ Compared To Other Hit Netflix Series Is Mind-Blowing