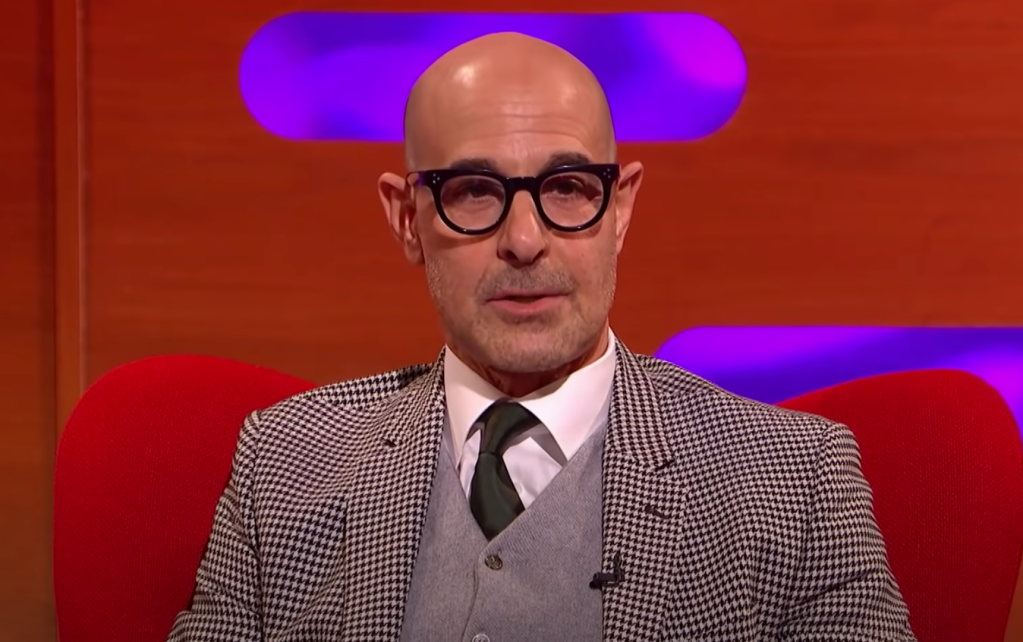 Stanley Tucci is one of the classiest men in show business. He’s appeared in some of the biggest box office films Hollywood has produced (Captain America: The First Avenger, THe Hunger Games, etc). And the Oscar-nominated actor recently won a Primetime Emmy for Stanley Tucci: Searching for Italy.

He’s crushing it these days but that hasn’t always been the case. Stanley’s childhood job was as filthy as it gets, a nasty job that most people would never have the constitution for and would quit their jobs on the spot if they were asked to perform this task. But not Stanley Tucci, he’s the ultimate professional.

Stanley was raised in Peekskill, New York which is in Westchester County just north of NYC. One of his earliest jobs was at a ‘holiday camp’ and because this interview below is on The Graham Norton Show I’m not sure if that’s referring to a Summer Camp (they’d refer to Summer break as a holiday) or if is referring to a camp over what we call ‘the holidays’. That’s neither here nor there though.

Stanley was trained in the arts of Sh*t Hooking, a task that I’d never heard of until today. Here he eloquently explains what Sh*t Hooking is as only Stanley Tucci can.

I don’t think it’s unreasonable to assume that this is the first time in history a man wearing a three-piece custom-tailored houndstooth suit went on camera to explain what ‘sh*t hooking’ is.

Furthermore, we should all give a round of applause for modern plumbing and how the need for a full-time Sh*t Hooker™ employee has disappeared.

Stanley Tucci did a great video series about making cocktails, by the way. If you’re in the mood for an Old Fashioned then check this out:

And if you need a whiskey recommendation, I’ve got you covered right there.