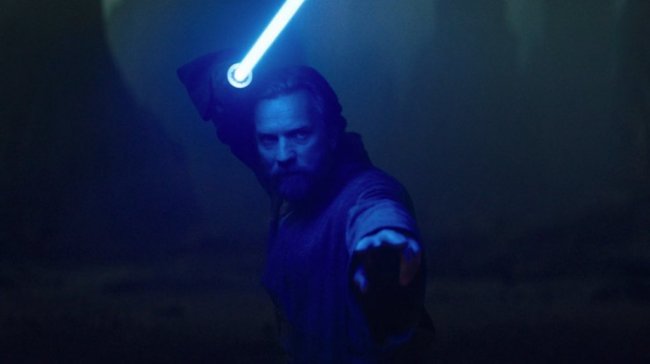 The sixth and final episode of the hit Star Wars series Obi-Wan Kenobi hit Disney+ this week, and with it came an epic conclusion (for now, of course) to the ongoing conflict between Obi-Wan and his former Padawan Anakin Skywalker, a.k.a Darth Vader.

Editor’s Note: This article will contain SPOILERS for Part 6 of Obi-Wan Kenobi.

Once the episode made its debut on Disney+, Star Wars fans immediately took to Twitter to hail the finale and the series as a whole, which has clearly been much better received by the fandom than The Book of Boba Fett was.

The culture is quick to dunk on what Disney has done with #StarWars thus far but #ObiWanKenobi ultimately gave fans an emotional, thrilling 6-hour movie with the arguably the franchise’s most popular character. https://t.co/2dAVSgaFzp

Obi-Wan Kenobi is one of the coldest mfers to ever exist, my god.

The #ObiWan finale was pretty great. Kenobi and Darth Vader’s rematch was everything you could’ve hoped for. I’m content with this story if season 2 doesn’t happen, but I’ll also gladly watch more of Ewan McGregor as Obi-Wan if they do it

#ObiWanKenobi #ObiWan #Kenobi spoilers
–
–
–
–
"Then my friend is truly dead."

“A young Jedi named Darth Vader, who was a pupil of mine until he turned to evil, helped the Empire hunt down and destroy the Jedi Knights. He betrayed and murdered your father.” pic.twitter.com/cRm8Kw2BkW

He said the thing!!!! My heart is so happy right now! #obiwan #obiwankenobi pic.twitter.com/IeRYeZxfun

that moment when you remember it’s the finale of #ObiWanKenobi this week pic.twitter.com/Gqjzpo1zzt

the way they use the blue light to show the conflict and the red light light when the conflict is gone will never fail to make me cry 😭 pic.twitter.com/FEDybDKPod

#ObiWanKenobi: “I will do what I must.”

As Lucasfilm and Disney first promised when the series was first announced, Obi-Wan Kenobi absolutely delivered the “rematch of the century” between Obi-Wan and Vader in this series-ending episode.

In an interview earlier this month, McGregor — who was also an executive producer on Obi-Wan Kenobi — said that he hopes to continue playing the character after having such a great experience making this show.

“I hope it’s not the last time I play him. I had such a great time doing this. I’m sure we can think of a few more stories before I turn into Alec Guinness, don’t you think?” McGregor said during an interview with RadioTimes.

Obi-Wan Kenobi won’t be the only addition to the Star Wars universe this summer, as the Diego Luna-starring Rogue One prequel Andor will be hitting Disney+ in August.