For The Low Price Of One Month’s Rent, You Can Stay At Disney’s ‘Star Wars’ Hotel For TWO DAYS! 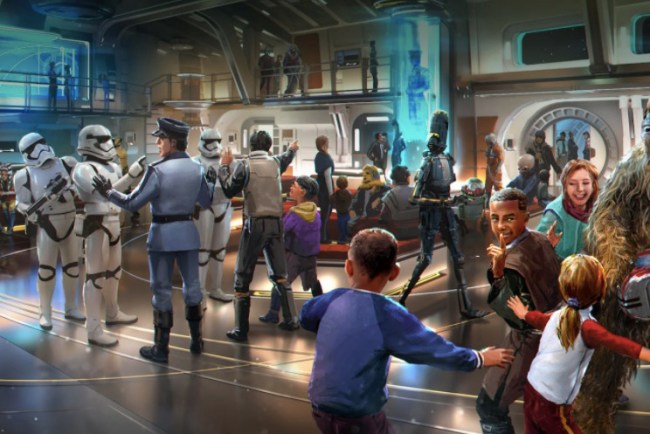 Disney has announced the prices for their highly-anticipated Star Wars: Galactic Starcruiser immersive experience hotel-thingy (honestly, that’s the best way I can describe it), and folks, I hope you’re sitting down because these numbers are a doozy.

Disney has released sample standard cabin rates, which for two guests sharing a cabin will cost $1,209 per night, or $4,809 for the entire voyage. Two adults and a child will cost $5,299 for the entire trip, while a group of three adults and one child costs $5,999 total. These prices will fluctuate depending on day of voyage departure, as well as the type of cabin chosen for the group, so this is just the starting point for prices. [via Collider]

One of the main reasons I want kids — you know, other than carrying on the family bloodline and forcing him to root for the Mets and Jets as my father did and his before that — is so I can go to all of these various theme parks. A couple of years ago, I was down at the Daytona 500 and I met an old college fling down at Universal Studios to get drunk at Harry Potter World, and let me tell ya, what a blast. I was younger then, though. At 28-years-old, it just wouldn’t feel right. Need my own kid with me so I can, while still get drunk on butter beer, at least do so under the guise of being a good parent.

But, all that said… damn. Me and the wife and the kid for $5300?! Pretty sure you could go to Bora Bora on that sort of budget (I don’t feel like doing the research on this so please don’t fact check this, and if you do, at least look up what kind of trip $5300 can buy you and get back to me).

Now, to be fair to the Mouse House, it is a fully immersive/all-inclusive experience:

Star Wars: Galactic Starcruiser will launch at Walt Disney World Resort in 2022. If you and your loved one have an extra five-grand lying around, I say go for it, because it certainly sounds dope.