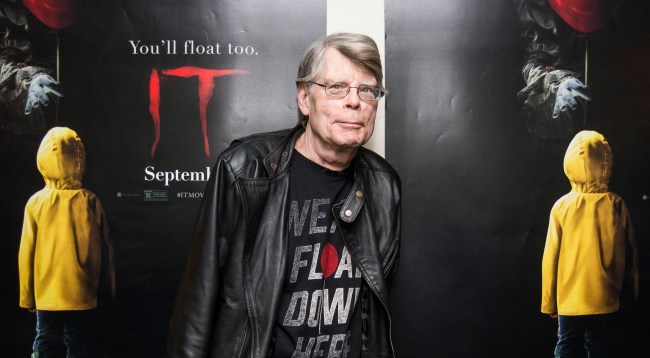 Following Sunday’s airing of Season 8, Episode 4 of Game of Thrones – “The Last of The Starks: The Coffee Cup Incident” – the master of mystery and horror Stephen King (speaking of which, IT: Chapter Two, anyone?) took to Twitter to put out HIS personal fan theories and predictions as to how the show will end.

Hey, literally everyone else does it and he’s certainly allowed to do it too. He’s just as big a fan of the show as we are.

In my house, only three shows rate as "Appointment TV": THE AMERICANS, GAME OF THRONES, and HOMELAND. Lots of good stuff, but for me, those are a cut above.

Are you ready for this? No, you are not ready. But here goes…

Of course for years some people have told me I don't know how to end a story. I call bullshit on that, but everyone has an opinion.
🙂

So… King is on #TeamTyrion? Hmmm…

He’s also open to other ideas.

That would be good, but man, Sansa is COLD. https://t.co/EjN69pUwYS

Damn, can you imagine what a Game of Thrones episode written and overseen by Stephen King would have looked like? I wish the show wasn’t ending on May 19th, so that could happen.

GoT: As a long-time storyteller, I'm in awe of how perfectly the minds behind this show brought all the major characters together at Winterfell. They made it look easy. Constant Readers, it is not.

It’s not like King and George R.R. Martin are strangers after all.

Oh well. Maybe in our next lives.