‘Stone Cold’ Rips Into Fan Defending Confederate Flag And If You Read It In Austin’s Voice, It’s Even More Amazing 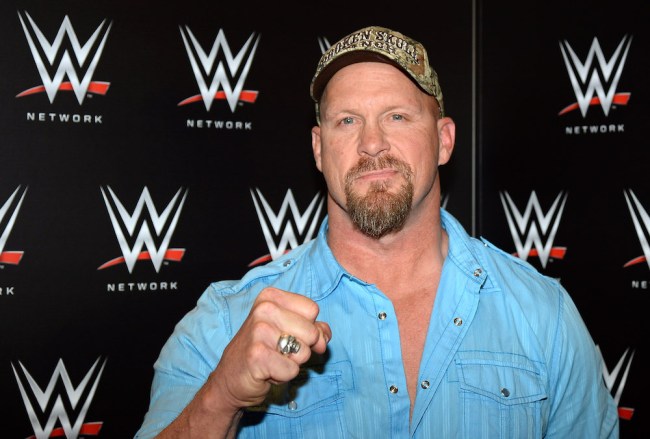 “Stone Cold” Steve Austin has been opening cans of whoop-ass on Internet haters lately and, damn, it’s fun to watch.

A few weeks ago, the “Texas Rattlesnake” shut down a fan on Instagram who said Austin was promoting Communism by wearing a mask in public.

Around the same time, Austin got into it with another online troll, a woman named April who felt the need to defend the Confederate flag.

April is obviously a lover of the flag but doesn’t care too much for punctuation.

Anyway, Stone Cold wasn’t having any part of the heritage argument and went full caps lock on April.

Be sure to read this response in Stone Cold’s voice because it makes it that much better.

“That’s nice and all but if I recall it don’t matter what it means to you because to African Americans everywhere it’s a symbol of oppression, hatred and inequality so your little ‘heritage not hate’ story don’t mean shit because your stupid little heritage was built on the backs of slaves and identifying with that kinda sorta definitely makes you trash in the Texas Rattlesnake’s eyes. So you can continue to spew your bullshit but just know that none of us care ya dumb racist sumbitch and that’s the bottom line.”

Oh man, if only he could end that statement with a stunner and a two middle fingers.