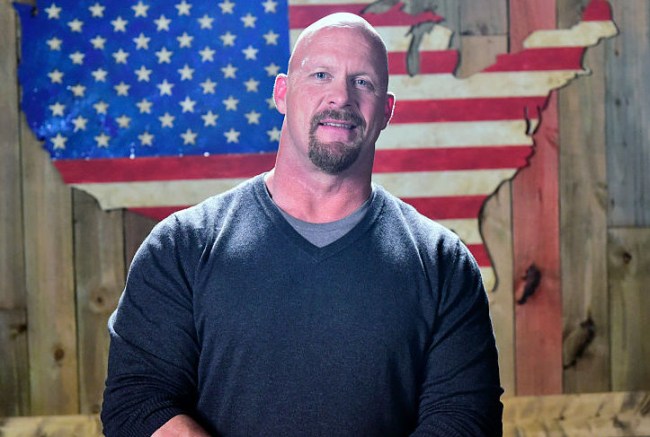 WWE has gone through various incarnations over the course of a history that can be broken down into a number of different eras defined by a distinct spirit and the stable of wrestlers that embodied it at the time.

The Golden Era—which began in 1982 when Vince McMahon purchased the company he oversees to this day—is given that label for a reason, but as someone who was too young to have seen the likes of Hulk Hogan and André the Giant wrestle in their prime, there’s another one that any to come after it will be judged against as far as I’m concerned.

There’s nothing that makes a kid want to watch something more than having their parents tell them they’re not allowed to, and as a result, I spent a sizeable chunk of my childhood sneaking around in order to tune in to keep up with the wrestlers who personified The Attitude Era, a five-year span that embodied the “xtremeness” that was all the rage in the late 1990s.

I still hadn’t reached a point in life where I understood what the “it” Shawn Michaels and Triple H where so fond of telling people to suck or to see the appeal of matches where a Diva could only win by stripping her opponent down to their underwear but I still felt like a rebel for watching a program where The Rock routinely said “ass” on television.

However, in my eyes, there was no one cooler than Steve Austin, who probably could’ve convinced me to go into the garage and steal my parents’ car if he capped off the command with “because Stone Cold said so.”

Based on his Instagram activity, Austin has spent the past two months coping with the current situation in both an extremely relatable and on-brand way by crushing beers and doing what he can to follow the recommendations for stockpiling a supply of booze in a responsible manner.

Austin is famously a Texas native, but at some point along the way, he became an Alabama football fan and recently showed off a custom mask he’s rocking during his travels.

Running errands on the Mean Streets of LA. Friend of mine made me this custom @alabamafbl mask. The mask is cool but she made it a little too small. So it cuts off the circulation to my ears. My ears are actually crimson. Since she is a @clemsonfb fan, I figured she ribbed me on purpose. #staysafe #rolltide #fordfocus

This didn’t sit very well with one of his followers, who made the bold choice to scold the wrestling legend for prioritizing human lives over preserving his public persona while implying he was basically promoting communism by wearing a mask—a comment that garnered the perfect rebuke from Austin.

There are people talking shit to @steveaustinBSR, because he chooses to wear a mask in public.

I couldn’t have said it any better myself.