Comedian Steve Byrne Shares Story That Perfectly Encapsulates How Lame Dane Cook Is, Was, And Ever Will Be 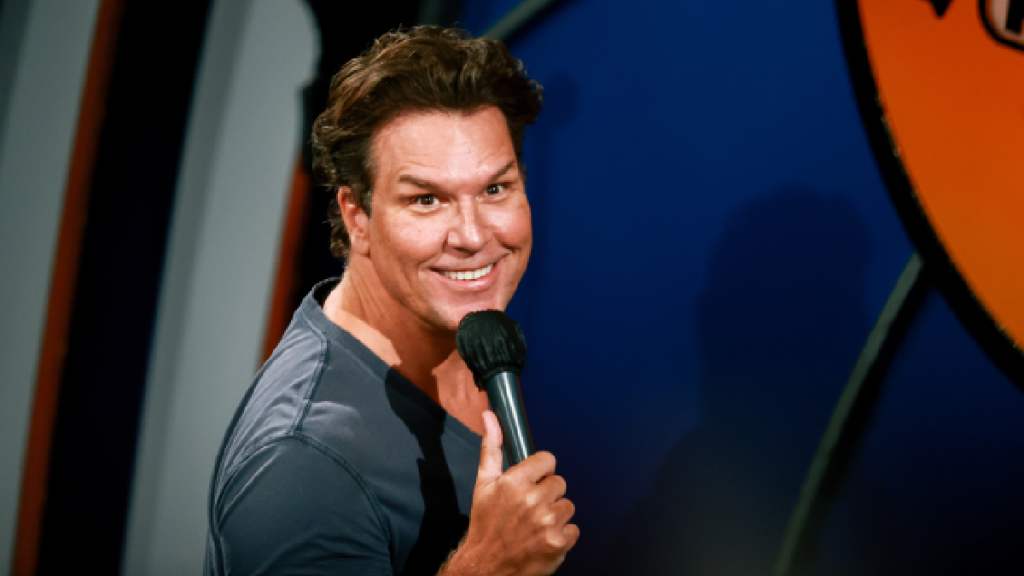 Comedian Steve Byrne is a comedy club regular. He grew up in Freehold, NJ which is just outside of NYC and was exposed early on to comedy at Caroline’s comedy club in Times Square. Byrne also co-created Sullivan & Son on TBS with Rob Long, a sitcom that ran for three seasons.

And I don’t know why I’m giving the most surface-level recap of his career possible because chances are if you clicked on this article you probably know who he is, and you’re more curious about what he said about Dane Cook…

Steve Byrne joined Bussin’ With The Boys recently. Their full conversation was three and a half hours but this clip below is illuminating. Byrne shares how Dane Cook tried to run him out of Los Angeles when he moved there from New York and he did so because Dane’s career was blowing up and Cook didn’t think the city was big enough for two comedians.

Here’s what Byrne had to say about Dane Cook for people who would rather read than watch a video:

Steve Byrne: “There was an incident within the comedy community that kind of became a big thing for a while. So, I moved to Los Angeles in 2004, Dane is blowing the f–k up.”

“The word gets out ‘this new guy from New York, he’s pretty fun, it’s cool.’ It’s (all) going great and then I’m not getting booked on that comedy show anymore. And this guy Jay Davis booked it. And I called Jay I’m like ‘what’s going on, is something wrong or whatever?’ and he’s like ‘yeah… yeah… Dane’s got an issue with you. He doesn’t want you on the shows anymore.'”

Essentially what happened is I went over and I said ‘what’s your issue?’ and he said ‘I feel like you’re stealing my essence.’ And I was like ‘what?!?’ And Dane was like ‘you’re taking my essence with you on stage.’ And I’m like ‘Dane, I work so hard. I’m not trying to be a sh*ttier version of you.’

He’s like ‘you’re doing… like, me.’ And I was like ‘I don’t see it at all, so I think we’re going to agree to disagree.’ And this was the moment I was like ‘ohhhh boy’, I don’t know if I’m talking to somebody who’s here (mentally).”

According to Steve Bryne, Dane Cook then said ‘maybe it’s not your time to be here.’ Steve asked what he meant and Dane Cook replied ‘maybe you shouldn’t be in Los Angeles right now.’ And then Dane proceeded to tell Byrne how he goes up to the top of the Hollywood Hills, closes his eyes, puts his hands out, and does deep inhalation/exhalation exercises and goes ‘I give the city (of LA) my energy and it’s energy is given to me from the city.’

It was at this point Steve Byrne said ‘I’m f–king out’ and bailed because he realized he was talking to a straight-up crazy person in that moment.

This feels like as good of a time as any to bring back this story of how Dave Chappelle ended Dane Cook’s career in one fell swoop:

If you want to catch some of Steve Byrne’s stand-up to see for yourself how it compares to Dane Cook, here’s a video from his YouTube channel:

It should go without saying but I’ll say it anyway: if you try to get someone fired or ran out of town because you think they’re ‘stealing your essence’, you should stop worrying about them and instead go get your brain checked out.

If you have three and a half hours and want to watch the full Bussin’ With The Boys discussion with Steve Byrne, here is the full episode;