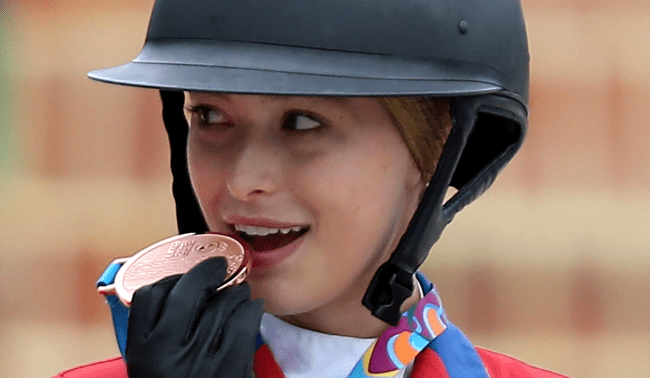 Like almost every other famous person’s daughter, Steve Jobs’ kid, Eve Jobs, is a model and she just made her runway modeling debut at Paris Fashion Week.

Back to Eve Jobs, daughter of Steve Jobs.

23-year-old Eve Jobs, according to Page Six, made her modeling debut last December for something called Glossier – a beauty brand started in 2014 by the web site Into The Gloss.

This week she made her runway debut during Paris Fashion Week for something called Coperni – a Parisian ready-to-wear and accessories brand.

“I can’t put into words how extraordinary this collection is. It was an honor to be apart of the vision @coperni,” Jobs wrote on Instagram.

Eve Jobs is also apparently quite the equestrian (the second favorite hobby for daughters of the rich and famous – see: Springsteen, Jessica and Gates, Jennifer).

Here she is competing in the Equestrian Jumping Team competition during the during Global Champions Tour last month. 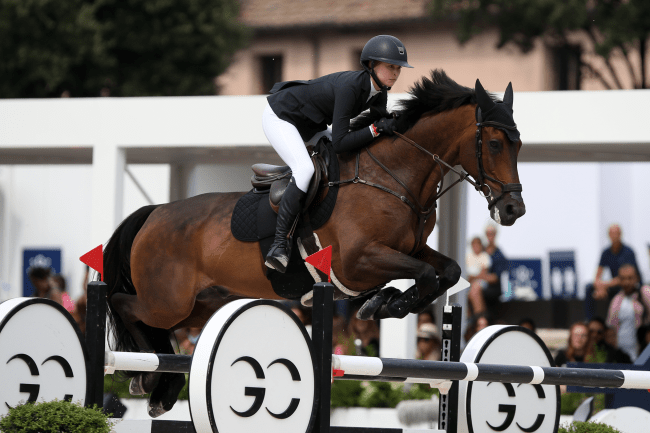 She won’t, however, be getting a boatload of her dad’s money, at least according to her mom Laurene Powell Jobs who told the New York Times the she isn’t “interested in legacy wealth buildings, and my children know that. It ends with me.”

Perhaps Eve Jobs can help make ends meet by following in the gilded footsteps of another, aforementioned celebrity daughter, Lily-Rose Depp, and get a job in acting.