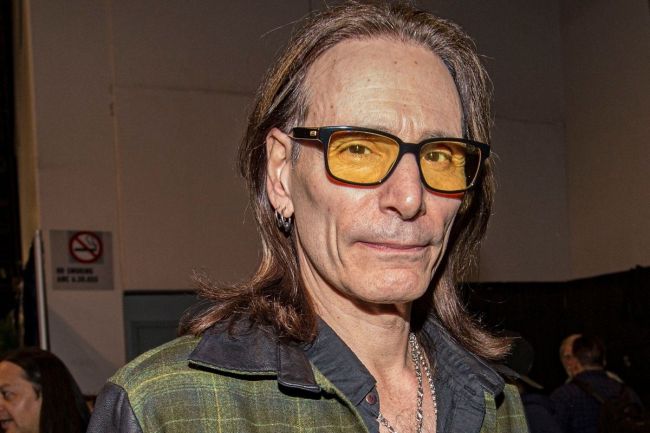 This Friday the 28th, Steve Vai will release his new album Inviolate. One of the instruments he used in the making of this album is a guitar like no other.

Named “The Hydra,” this three-headed Ibanez guitar looks like a relic that belongs to rock’s greatest mythology. It’s the type of guitar that chooses its player—and The Hydra has chosen Steve Vai.

Vai got together with three artists to put together The Hydra. It was designed by Moti Kashiuchi and built by Kazuya Kuroki of Ibanez Japan. The electrical was done by Hirotada Nomura.

The Hydra conveys a steampunk look with all its different knobs and buttons. The top neck guitar is a 12 string half fretless, the middle neck a 7-string, and the bottom a bass half fretless.

As far as the effects go, there’s what is referred to as a “Seducer,” a “Dragonizer,” and a “Climax Regulator” that Vai can switch back and forth to. There’s also a 4-way ethernet output and a slew of switches and gauges.

In part of the Inviolate release on the 28th, Vai is auctioning off a special NFT video on OpenSea. The opening bid of the video has been set at 1 ETH, but considering it will be a 1/1 piece from the guitar master himself the final price will probably be significantly more.

Vai’s OpenSea page where the NFT will be auctioned off.

Along with the NFT video, the final buyer will also gain access to additional assets and unspecified bonus content revealed upon the purchase.

Other Artists Who Have Played Multi-Neck Guitars

There have been tons of artists who have played multi-neck guitars. One of the first known electric double-neck guitar players was Joe Maphis (born 1921). Johnny Cash was a known fan of Maphis. 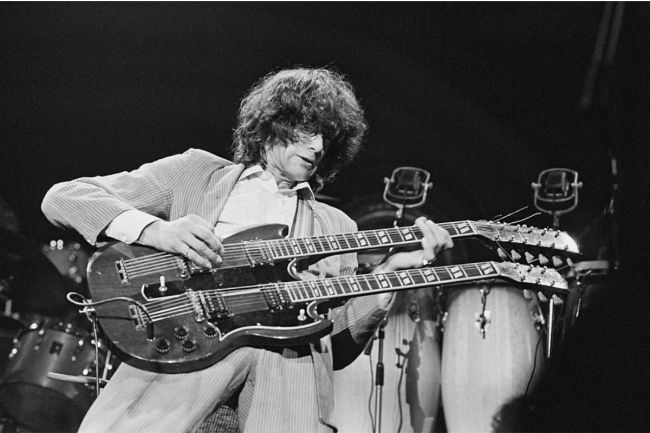 While we’re unsure how many tracks Vai uses The Hydra on, we do know he plays it on “Teeth of the Hydra” on the album. Vai had this to say about The Hydra and it’s accompanying track,

“I feel this instrument has the potential to be historical. It’s unique in various ways and its construction is inspired. And there’s a song that was written on it that honors the potential of the instrument.”

Vai was supposed to set off for a full-on Inviolate Tour, but he announced the dates would have to be pushed back to September of this year due to a surgery he’ll need to complete.