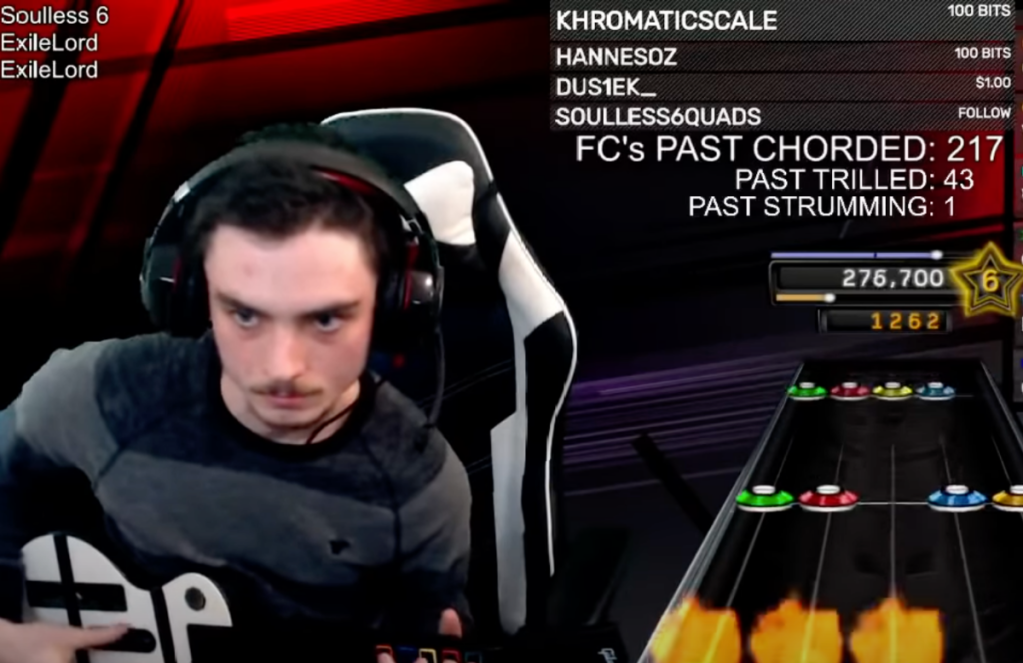 I didn’t expect to be writing or thinking about Guitar Hero but here we are. I haven’t fired up Guitar Hero on Xbox and picked up the old axe in well over a decade. If my memory serves me correctly, I was knee-deep in that craze around the time I moved to NYC which was about thirteen or fourteen years ago. My issue with the game was never that I was playing a video game instead of an actual guitar, it’s that I have zero rhythm so the songs that required completely different notes throughout were easy for me to 5-star but songs like this with impossibly repetitive notes were the death of me.

The song ‘Soulless 6’ made its debut on Guitar Hero III and it has always been considered unbeatable, a legacy that seemed true up until this streamer became the first person in history to get a perfect score on the song. I’m as shocked as anyone that there are people still out there playing Guitar Hero but this video also makes me want to pull my axe out of the closet and attempt to 5-star ‘Green Grass and High Tides’.

This video’s less than two minutes and ten seconds. It flies by because the screen is moving a mile a minute and his fingers are moving faster than I could type on my best day. It’s impressive and mesmerizing at the same time. Check it out:

I’m suddenly having flashbacks of the days when me and the roommates were pregaming every night with power hours and Guitar Hero and it was happening so frequently those red, blue, yellow, and green notes were infecting my dreams. In hindsight, it was full-blown video game addiction. Similar to when I discovered Tetris and that game would also infect my dreams.

Upon further thought, maybe I shouldn’t dust off my guitar and take it for a spin on the new Xbox.