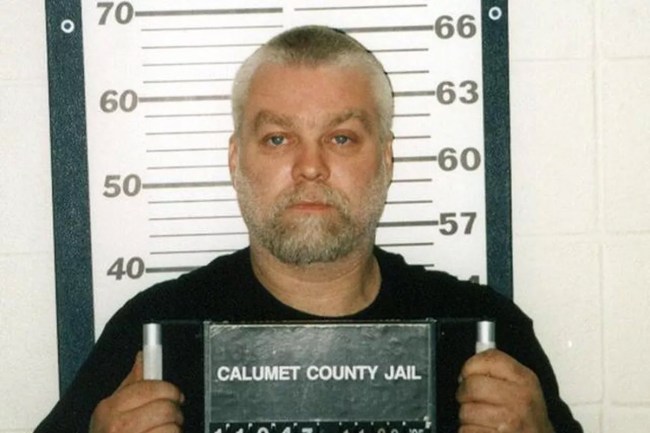 1985: Steven Avery is wrongfully convicted of sexual assault and attempted murder, despite being 40 miles away, an alibi supported by a time-stamped store receipt and 16 eyewitnesses. After being picked out of a lineup, Avery serves 18 years in prison before being exonerated by DNA evidence.

2003: Avery files a $36 million lawsuit against Manitowoc County for wrongful imprisonment. His case was still pending two years later when…

2005: Avery was arrested for the murder of Wisconsin photographer Teresa Halbach.

2007: Avery was convicted and sentenced to life imprisonment without possibility of parole.

2020: Avery tests positive for COVID-19 while sitting in his cell at maximum-security Waupun Correctional Institution, according to his former criminal defense attorney, Jerome Buting.

According to Milwaukee Journal Sentinel, the 57-year-old is one of at least 213 inmates who have tested positive out about 600 results received so far (a positive test rate of 35%, six times the rate of the positive rates in the state of Wisconsin).

Buting added that according to Sandy Greenman, Avery’s girlfriend, Steven “only had short-lived symptoms and is in good spirits.” He is currently confined to his prison cell in isolation.

If you believe that Steven Avery did not kill Teresa Halbach, it’s nearly impossible to view him as anything other than The World’s Unluckiest Man.

At least he’t got a lady!

New story from People in News : Steven Avery's Companion Sandy Greenman on Their Relationship: 'It's Not Where it W… pic.twitter.com/Ak1Brg7lwl