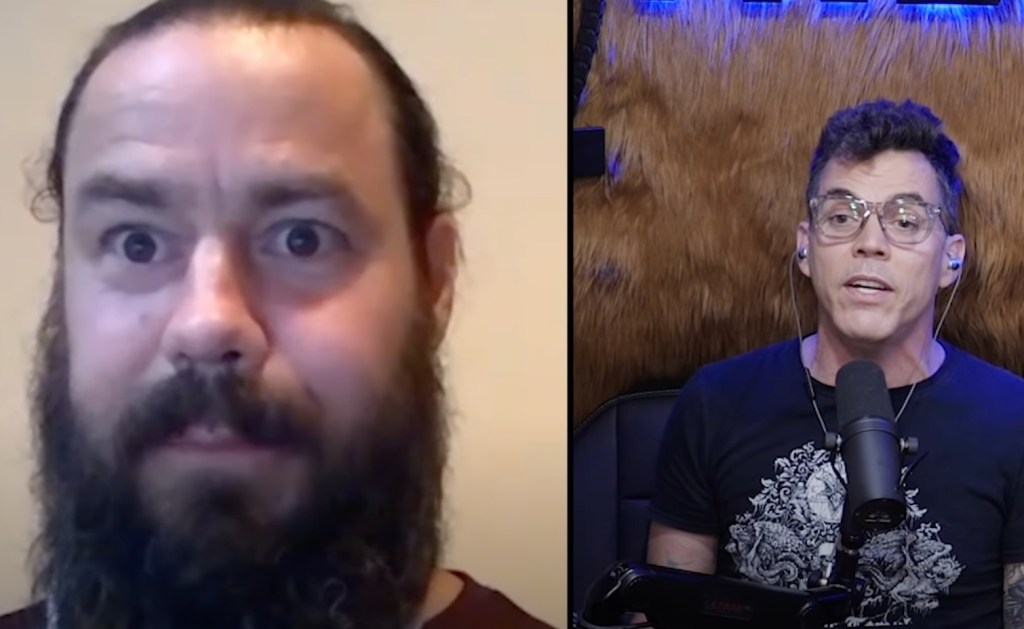 I think it’s safe to say that Steve-O would be on my Mt. Rushmore of ‘People I Want To Party With’ when they were at their peak levels of debauchery. He might get overlooked by many people in favor of guys like Ernest Hemmingway, Winston Churchill, Frank Sinatra, and other famous drunks but Steve-O at his peak is definitely up there for me in terms of endless possibilities on where the night could go.

So this clip is actually from back in November but I was scrolling through Twitter a minute ago and saw someone shared it via Barstool and it was an instant click for me. Who doesn’t want to listen to old Steve-O and Chris Pontius stories about the craziest nights the Wild Boyz ever had??

This particular night went down in Miami. They were in town to present an award and the two ended up acquiring some Booger Sugar which resulted in Steve-O immediately jumping off the wagon. Someone found Chris Pontius butt naked on top of an SUV with his clothes neatly folded before he got pepper-sprayed by the cops and locked up in a mental institution. This story from Steve-O and Pontius is an all-time great one:

This actually sucked me down a rabbit hole on Steve-O’s YouTube channel and I came across this clip that was uploaded four days ago where skateboarding legend Tony Hawk talks about how the worst injury he ever had was on Wild Boyz. For anyone out there that never saw or doesn’t remember Wild Boyz it was an offshoot of Jackass where Steve-O and Chris Pontius would travel around and get into trouble in nature. It was such a damn good show.

Who is on your Mt. Rushmore of Partying? Hit me with your answers down below in the comments.

In other Jackass-related news, it apparently took less than two days of filming for Steve-O and Johnny Knoxville to be hospitalized while filming Jackass 4 and Bam Margera has now been permanently banned from the film because of addiction issues.