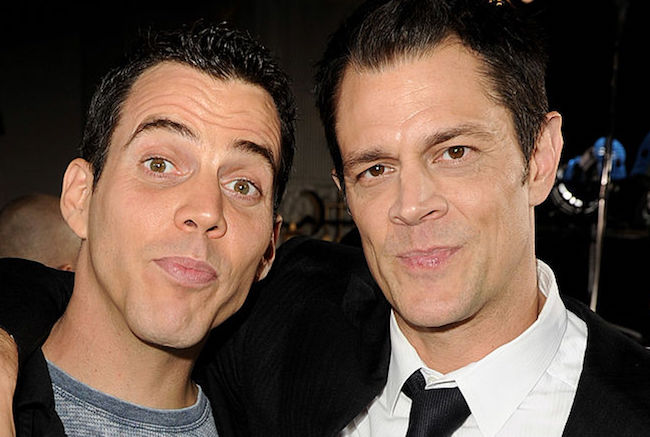 It’s been 20 years since MTV aired the first episode of Jackass, a show starring a bunch of shitheads doing shithead things while willingly subjecting themselves to bodily harm for our amusement.

Jackass was essentially the 21st century version of The Three Stooges if that trio had actually hit each other with hammers as opposed to faking it for the camera. It was easy to dismiss the antics of the amateur stuntmen who pioneered the “reality slapstick” genre as dumb and juvenile but I’d argue the amount of thought and work the ragtag crew devoted to figuring out ways to inflict pain onto one another qualifies as performance art.

The show only ran for three seasons but spawned three movies in addition to multiple spinoffs, and while I think most of the hijinks hold up two decades after they took the world by storm, it can also be kind of hard to watch in hindsight when you consider the long-term consequences that came with the endless abuse the cast endured.

A number of the guys fell victim to what some people have described as “The Jackass Curse,” as almost everyone turned to various substances in an attempt to numb the pain that came with engaging in the reckless shenanigans that made them famous. Ryan Dunn’s reliance on painkillers and alcohol

Steve-O famously saw his life spiral out of control after doing basically every drug on the planet before finally sobering up in 2008, and while Bam Margera has attempted to address the alcohol problem that claimed the life of Ryan Dunn in 2011, he’s struggled to remain on the wagon.

When you consider everything they’ve dealt with, you’d think the members of Jackass would be fine with resting on their laurels for the rest of their lives, so I was very surprised last year when we learned the gang had decided to get back together for a fourth movie.

Back in October, we learned Jackass 4 hit a bit of a speed bump when production was suspended as a result of the pandemic, but as Screen Rant recently discovered, it may have been a blessing in disguise, as Margera revealed it took less than two days of shooting before Steve-O and Johnny Knoxville ended up in the hospital after a stunt involving tubas and treadmills went slightly awry.

Assuming things don’t change, you’ll likely be able to see footage of that mishap and whatever else they’ve dreamed up for Jackass 4 when it’s released on March 5, 2021.