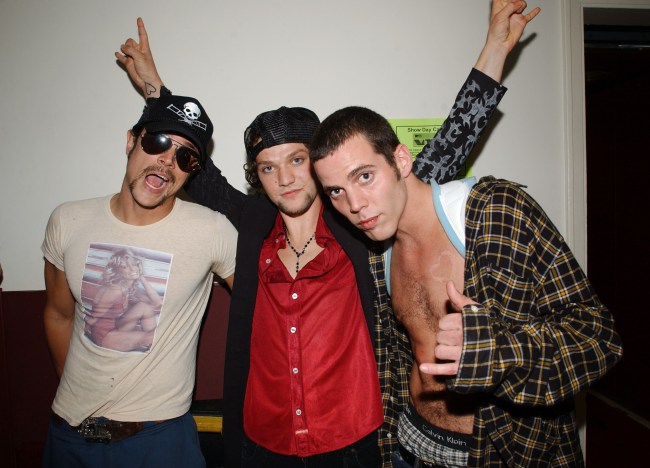 Today is a good day. I woke up this morning to the news that Jackass is back with Paramount announcing a 4th feature film for the franchise. And it looks like the film’s release will roughly coincide with the Jackass 20th anniversary, the film’s estimated release date is March 5, 2021.

The original Jackass was on MTV back in 2000-2002 and then Steve-O + Chris Pontius sort of broke off for Wildboyz while they got the film franchise rolling and Johnny Knoxville became a global star. There was a trio of Jackass feature films in 2003, 2006, and 2010 and they made a BONAFIDE FORTUNE.

If you are a studio executive the Jackass numbers make your nipples so erect they slice through your shirt. Each film had a budget of under $20 million and they grossed a total of $335 MILLION at the box office. In the words of Randy Moss, that’s straight cash, homey.

According to The Wrap, this has the potential to be the first time the original Jackass cast has worked together since Ryan Dunn passed away in 2011. Knoxville starred in Jackass Presents: Bad Grandpa in a 2013 spinoff film of one of Johnny’s characters but the Jackass franchise name hasn’t been used with the original cast since the death.

Chris Pontius and Knoxville also did Action Point which was supposedly ‘inspired by’ Jackass in 2018 with a budget of $19 million but that film only made $5.1 million at the box office.

Over on The Wrap, they mention an interview where Steve-O was asked about the chance of a reunion. Here’s what he had to say:

Since Dunn’s death, “Jackass” cast members have been asked repeatedly about whether they would return for a fourth film. In an interview with Loudwire this past July, Steve “Steve-O” Glover said he believed the project would come down to whether Knoxville, Tremaine and Jonze were interested in doing it, as well as whether everyone in the cast would be healthy enough to take part.

“We’re approaching the 20th anniversary of when ‘Jackass’ first appeared on MTV, and I do know that there’s an urge, an idea to commemorate that anniversary in some way,” he said. (via)

RELATED: Steve-O Breaking Down Every Drug He’s Ever Done (With Video Footage) Is Not For The Faint Of Heart

Well, I’m stoked. These guys aren’t getting any younger and with every passing year it will get harder to watch Jackass because I’m not trying to see a bunch of elderly dudes getting bitten in the nuts by police dogs or choking on rotten food or whatever else they come up with.

Looking back, the Jackass franchise with Johnny Knoxville and Steve-O always felt like it had captured some weird zeitgeist of the early 2000’s and it never felt like something that would last forever. Thank god it has. Without seeing the Wildboyz and Jackass crew taking tasers to the nuts we might’ve tried that shit ourselves back in our teens.

If you need a refresher on some Jackass pranks, here’s a very popular compilation from YouTube:

The film has an estimated release date of March5, 2021. For more details on this forthcoming film you can click here to visit The Wrap or click here to read on over at Deadline.