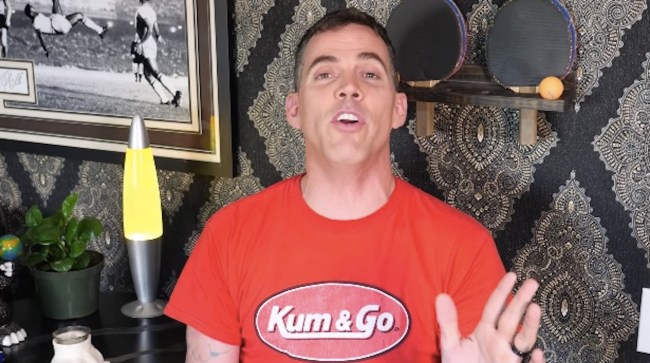 I was born in the year 1993, so when Jackass first started making waves in the early 2000s, it goes without saying that it never even remotely crossed my mind that “hey, these dudes who are intentionally putting their bodies through obscure forms of pain are clearly on drugs.”

Obviously, years later, as both myself and the Jackass guys got older, I came to realize that not only were Johnny Knoxville, Bam Margera, Ryan Dunn, Steve-O and the rest of the gang on drugs, but they were on, like, an extraordinary amount of drugs. An unnecessary, copious amount of drugs. More drugs than the average group of 20-something dudes, to say the least.

The drug abuse obviously took its toll on the members of the Jackass crew, as one of them — Ryan Dunn — passed away due to drunk driving, and another, Bam Margera, has been in and out of rehab for the last decade.

But of all the surviving members of Jackass, Steve-O still being alive is probably the biggest shocker of them all (with all due respect, I’m sure he’d agree), as the man essentially did every drug in the book for the better part of two decades.

These days, though, Steve-O is finally sober and seeing life clearly, and as a result, clearly feels some sense of duty in letting the masses know about the perils of his past life, which is probably why he posted this truly insane 13-minute-long video that breaks down every drug he’s ever done.

And not only does Steve-O go into graphic details about his history of abuse, but he has video footage of himself to back the madness up, madness which was spurred on by the use of:

Like I said in the title, it’s really not for the faint of heart — just imagine literally risking your life so you can smoke a couple of joints while on vacation.