If You Keep Your Vodka In The Freezer, Stop Doing That, Says The Creator Of Grey Goose 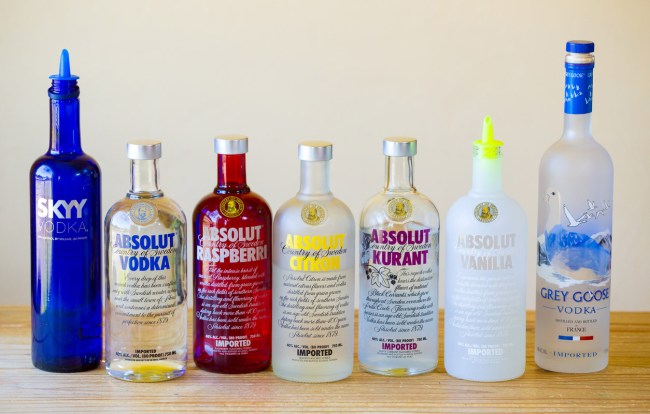 So, you bought yourself some vodka. What’s the first thing you do when you get home with it, after pouring yourself a drink, of course? Stick the bottle in the freezer, right? I know that’s what I have done in the past. I’m not exactly sure why though now that I think about it. I probably saw it done on TV once and well, if people on TV are doing it then it has to be right, right?

At least according to Grey Goose vodka creator Francois Thibault, who says we’re doing it wrong.

In fact, according to MSN.com, it’s one of the biggest mistakes people make when it comes to their alcohol.

It may seem like an appealing idea to keep your vodka ice cold as, thanks to its ethanol content, it won’t freeze to a solid block unless temperatures hit -27 degrees Celsius.

If the vodka you’re drinking is cheap and low-quality then keeping it at such low temperatures will hide any “aggressive, burning notes,” Thibault says.

However, premium vodkas like Grey Goose should be naturally soft and not aggressive, which means that you’ll actually be hiding the more sophisticated aromas and flavours when storing it at a really low temperature.

“The best temperature for Grey Goose is 0 to 4 degrees Celsius (39.2 degrees Fahrenheit), which is the temperature of a slight dilution with ice in a mixing glass,” Thibault advised.

All that being said, drinking your vodka, of any quality, at room temperature would be “a little aggressive,” according to Thibault, even Grey Goose.

So instead of putting your vodka in the freezer, maybe just stick it in the fridge instead.

Watch the video below to learn more.