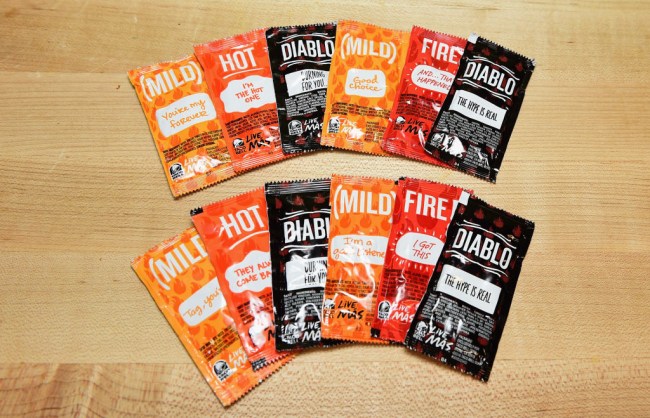 I can’t count the number of times Taco Bell has come to my rescue over the years, and while it might not exactly be the finest dining establishment on the planet, there are few things better than dropping $10 and eating like a king when the munchies and/or drunchies strike at one in the morning.

While Taco Bell has metaphorically saved me on multiple occasions, I can’t say it’s done for me what it did to a man who was recently stranded in his car for five days after he got stuck in the snow.

According to Buzzfeed News, Jeremy Taylor was off-roading with his dog in Oregon last weekend when his Toyota 4Runner found itself unable to do what Toyota 4Runners are supposed to do in snowy situations.

Police put out a missing person’s report for Taylor, who was eventually discovered by a snowmobiler five days after he found himself stranded after falling asleep and waking up on Monday morning to more snow than he’d anticipated.

Taylor and his dog Ally were in fairly good condition when they were found but were understandably hungry and cold following the ordeal. He says intermittently started his car to stay warm and thankfully had an emergency preparedness kit in his car at the time, and by that I mean he had multiple packets of Taco Bell hot sauce on hand that he used for sustenance while waiting to be rescued.

According to Taco Bell’s website, none of their hot sauces actually contain any calories so he probably would have managed to survive without them but I can’t think of a better way to stay warm for a while than sucking down a couple of packets of Diablo.