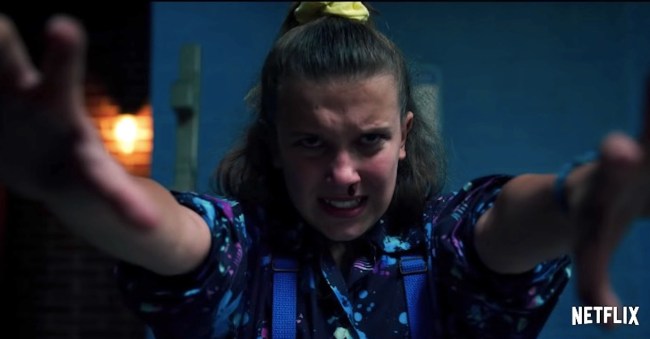 This may fall under the “hot take” category, but I’m of the opinion that Stranger Things is currently the best show on television.

A deft combination of sci-fi, comedy, action, horror, and romance, Stranger Things figures out a way to sublimely blend all of our favorite genres into one.

Inspired by the 1980s work of the likes of Steven Spielberg, John Carpenter, and Stephen King, Stranger Things is a nostalgia-soaked, neon-covered thrill ride of a movie packaged into a television show.

When it first dropped on Netflix back in Summer 2016, not much was known about the Netflix original other than it was reminiscent of decades past and that it starred Wynona Ryder.

But following the massive success of the first season — Stranger Things rapidly became one of streaming giant’s most-watched original programs — Netflix moved forward with plans to flesh the series out into four or five seasons.

Given the bigger budget — and much bigger hype — Stranger Things 2 (Netflix titles the show as if they were movie sequels) doubled down on everything it did well in the first season to craft a superior second season.

And that trend seems to be continuing as the show steamrolls towards its third season, as the final trailer for Stranger Things 3 — which is set to be released on Thursday, July 4 — promises an even bigger and better third chapter.

It’s 1985 in Hawkins, Indiana, and summer’s heating up. School’s out, there’s a brand new mall in town, and the Hawkins crew are on the cusp of adulthood. Romance blossoms and complicates the group’s dynamic, and they’ll have to figure out how to grow up without growing apart. Meanwhile, danger looms. When the town’s threatened by enemies old and new, Eleven and her friends are reminded that evil never ends; it evolves. Now they’ll have to band together to survive, and remember that friendship is always stronger than fear. [Netflix]

Despite Eleven closing the gate to the Upside Down at the conclusion of Stranger Things 2, Chief Hopper, Mike, Dustin, Lucas, Will and the rest of the Hawkins gang have seemingly been unable to rid themselves on the Mind Flayer, otherwise known as the Shadow Monster.

And if this final trailer is any indication, the Shadow Monster is not only back, it’s out for blood this time.

‘Stranger Things 3’, which consists of eight episodes, will premiere on Netflix on Thursday, July 4”.