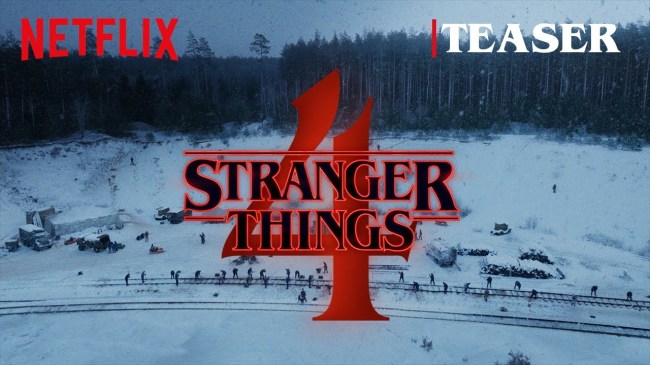 Not keen on letting The Batman soak up all of the nerd culture hype heading into the weekend, Netflix dropped a teaser for Stranger Things 4 that gives fans their best look yet at the upcoming season of the globally beloved sci-fi series while also confirming the widely-speculated return of everyone’s favorite chain-smoking police chief.

While most fans assumed that Chief Jim Hopper — easily the show’s most popular and adored character outside of Eleven — would return, confirming his return now just seems like an odd strategy for Netflix. It’s not as if fans aren’t excited about the next season of Stranger Things — why make this massive reveal in a minute-long teaser trailer?

In addition to the teaser trailer, the Duffer Brothers — the creators of the series — released a statement confirming that production on Stranger Things 4 had officially begun.

“We’re excited to officially confirm that production on Stranger Things 4 is now underway — and even more excited to announce the return of Hopper!” the official statement begins.

Although it’s not all good news for our “America”, he is imprisoned far from home in the snowy wasteland of Kamchatka, where he will face dangers both human… and other. Meanwhile, back in the states, a new horror is beginning to surface, something long buried, something that connects everything.

Season 4 is shaping up to be the biggest and most frightening season yet, and we cannot wait for everyone to see more. In the meantime — pray for the American.”

At this time, Netflix has yet to announce when Stranger Things 4 will drop. Stranger Things 3 dropped on July 4 of last year, which means fans will likely have to wait until at least the Fall for the series to return.