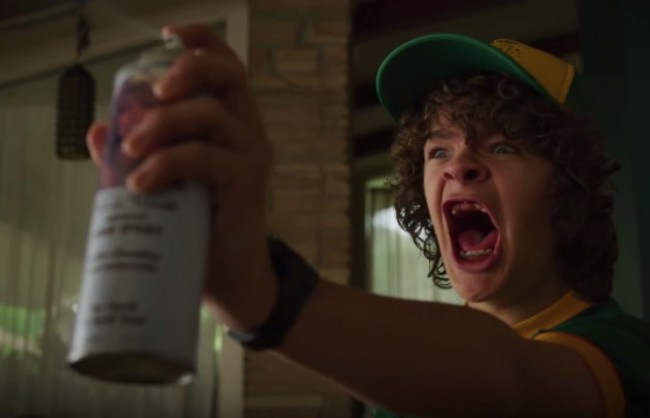 The full trailer for Stranger Things Season 3 has just dropped and it’s straight up good. I guess I shouldn’t be surprised by this given how much the first two seasons exceeded expectations but I keep expecting the show to lay a goose egg at some point while they continue to deliver perfection.

Season 1 of Stranger Things on Netflix was a cultural phenomenon. Within days of the show being released, it was the only TV show anyone was talking about. People who hadn’t seen the show begrudgingly tuned in expecting to think it was overrated and by the end of Season 1 everyone was a believer.

Enter Season 2. I think I speak for every human being alive when I say that nobody expected it to be as good as Season 1. There had to be some sort of regression because they’d captured lightning in a bottle with the first season. We were all wrong. Season 2 might’ve had one episode that missed the mark, that weird episode where Eleven went to Chicago, but they showrunners Matt and Ross Duffer pivoted the plotline and it was fantastic.

Season 3 of Stranger Things will premiere on Netflix this Summer on July 4th and they’ve just released the first full trailer. It’s damn good. I don’t even need to hype it up because at this point you just know they’re going to deliver the goods:

The trailer opens up with Dustin coming back from some sort of trip and his friends have snuck into his house. Dustin thinks he’s being tormented by nightmares or potentially monsters when in reality it’s Eleven using her powers to control his toys, we can see this because her nose is bleeding which is the calling card for using her powers. 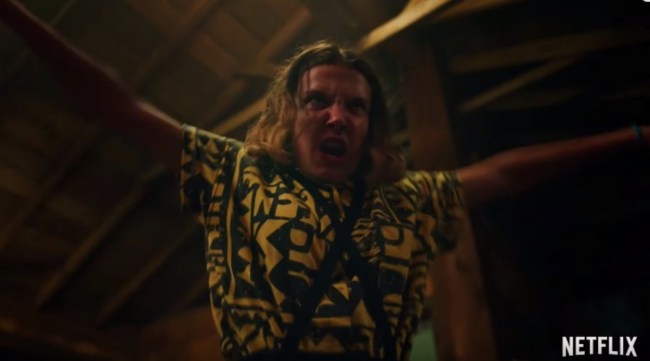 From there, we get a look at what everyone’s up to these days. Steve’s working at a burger shop. The kids are coming to grips with becoming teens, Wynona Rider looks like she’s cleaned up her act a little bit and the Sheriff is out in the dating world, I think. But there are also very terrifying monsters being hatched and what appears to be highly trained assassins out to wreck shit and some sort of political subplot. 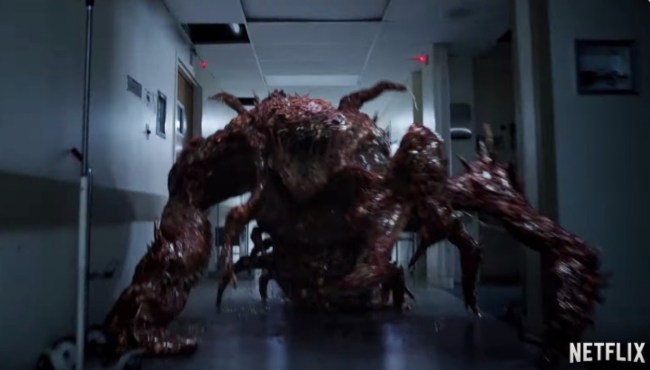 Shit is going down this season and I cannot wait. This is definitely a new monster, a type that we haven’t seen until now. It’s possible Will and Eleven already know what this monster is though given how much time they’ve spent in the Upside Down but I do believe the show’s runners will give Will a break this season after putting him through literal hell the past two seasons. 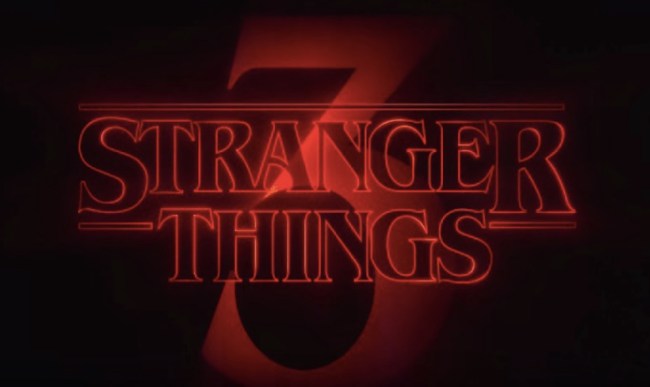