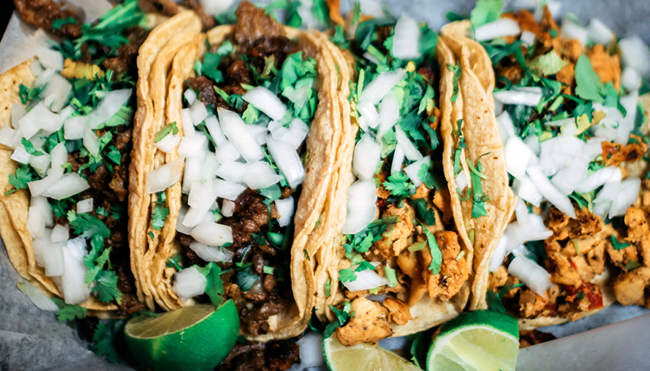 As someone who grew up in a decidedly Caucasian town in New England before going to college in Boston, I spent the first two decades of my life thinking a typical taco consisted of ground beef seasoned with a favor packet thrown into a hard shell and topped with iceberg lettuce, flavorless tomato, and shredded cheese.

As a result, I had my mind blown when I moved to a neighborhood in New York City where every other block is home to shops dishing out tacos that don’t give me flashbacks to the corn-based halfpipes of sadness that were dished out in my school’s cafeteria every Thursday.

I don’t know how I managed to live as long as I did without the “street tacos” that can trace their roots back to the vendors in Mexico who started serving them up in the 18th century. While every taqueria has its own approach, their flagship offerings traditionally feature your preferred meat tucked into a couple of soft corn tortillas before being garnished with onion and cilantro (often accompanied by radishes on the side).

I’ll admit I never really wondered why street tacos double up on the tortillas, but I appeared to stumble upon an explanation today when I came across a viral TikTok featuring a woman who suggested I’ve been eating them wrong for the past ten years.

Now, at the risk of being labeled a racist bigot, I had trouble believing a white woman from San Francisco was the most definitive source on this particular topic. After doing some research, it would appear my prejudice was justified, as I found multiple sources that assert the second tortilla is actually intended to add a bit of structural integrity (I also came across a Quora user who claimed it was a cheap way to make the tacos a more substantial meal for poor workers, which I know is true because no one has ever lied on that website).

With that said, if your tortilla breaks because you harnessed the strategy in the video, you’ll still have a second taco to take advantage of, so even if that wasn’t the intended purpose, for all intents and purposes, the outcome is still the same.