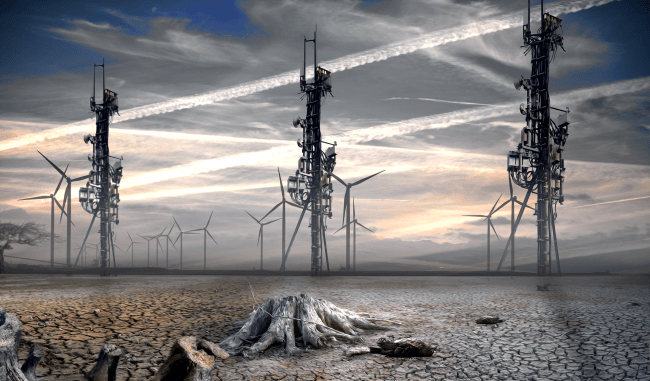 Conspiracy theories are definitely not new here in America. In fact, they might just be our national pastime (sorry, baseball). However, it seems the more information we have, the more we doubt and distrust anyone and everything, especially when it comes to new things we don’t easily understand.

As a result there are lots of conspiracy theories about things like this newfangled 5G cellular service that’s out there now, the damage people believe it can do, the people behind it, and more.

For instance, did you know 24% of Americans believe in at least one conspiracy about 5G? Or that the second most commonly known conspiracy theory about 5G is that it causes, exacerbates, or spreads COVID-19?

It’s true! At least according to a new study conducted by the folks over at inmyarea.com.

While the idea of 5G causing cancer may seem far-fetched to most people, their study did reveal that a rather sizable group of people actually believe in weird things like that. In fact, according to their research, close to a quarter of Americans believe in at least one 5G conspiracy theory.

Some other highlights of the study include…

• 30% of those who participated in the study have heard the conspiracy that COVID lockdowns are a way to secretly install 5G towers – 9% believe it.

• 46% of people believe the conspiracy theory that iPhone apps record conversations without permission. (That’s because some of them probably are.)

• 57% of people have heard the conspiracy theory that vaccines are used to implant RFID chips to track people and just over 1 in 10 people believe it.

Related: This Map Of The Most Searched Conspiracy Theory In Every State Raises Several Questions 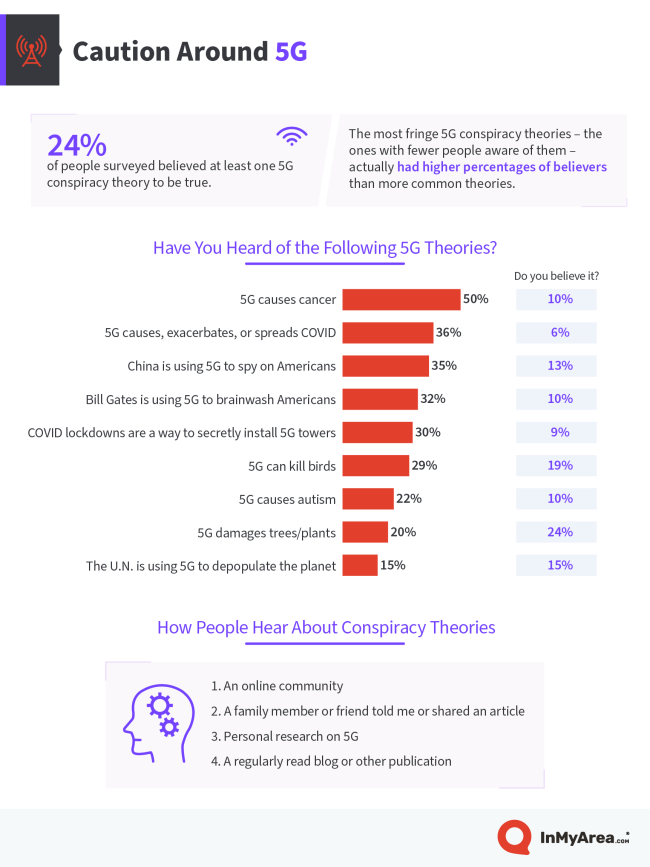 The study also found that men were slightly more likely than women to believe in these conspiracies.

Here’s the wild(er) part: theories with the highest percentage of believers were the least known, such as the conspiracy that 5G damages trees or plant life. For example, of those surveyed, only 20% were familiar with it, yet 24% said they believed it once they learned about it.

Other conspiracy theories people believe in, like oil and gas firms suppressing electric cars, appear more intuitive and believable. After all, petroleum companies have historically worked to undermine the electric car industry, as greener alternatives threaten their grip over American transportation. In this example, the conspiracy theory stems from competing firms trying to maintain their control of the transportation market, which helps explain why 44% of respondents believe in it.

Despite all of that, Americans are gonna American, and 40% of 5G conspiracy theory believers say they currently use 5G, while 7 in 10 non-5G users say they are still at least somewhat likely to upgrade to 5G at some point within the next 12 months.

After all, 96% of those living in the U.S. own a cellphone yet almost half of them believe their iPhone secretly records them. We need our tech, even if we think it’s doing something bad to us. 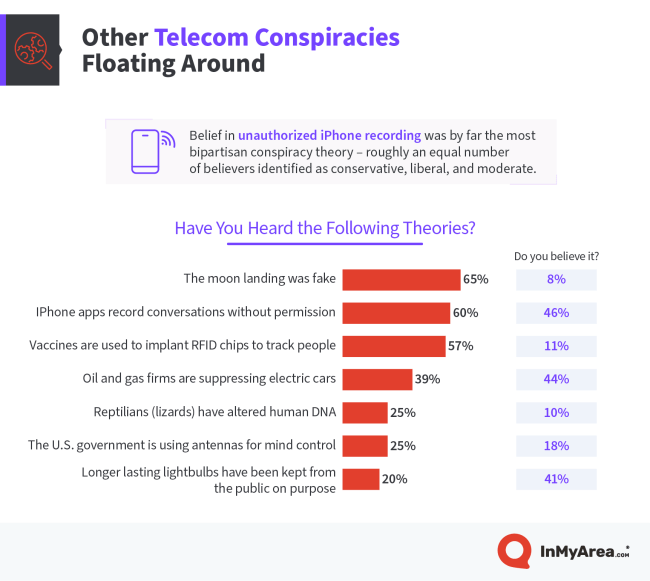