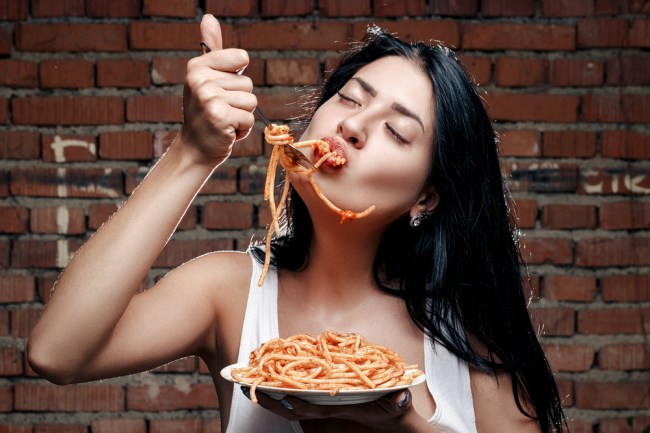 We’ve been told over and over again that pasta is bad for you and will cause weight gain. However, a new study will have carb lovers celebrating with a huge plate of pasta. Researchers have found that eating pasta can actually help you lose weight. Best. News. Ever.

Researchers from the University of Toronto in Ontario, Canada, released a new study that found that eating pasta as part of a low-glycemic index diet results in modest weight loss, compared with a higher-GI diet. Glycemic index determines at what rate your body digests and transforms food into glucose. Low-glycemic index foods such as oatmeal, beans, and nuts are “good carbs” that do not cause your blood sugar to spike.

The study’s author Laura Chiavaroli, PhD, said that pasta has a low glycemic index despite being a refined carbohydrate. Foods with a lower glycemic index are more filling and delay hunger.

The analysis, which was published in BMJ Open, examined 32 studies involving 2,448 adults who consumed pasta instead of other carbohydrates as part of a low-glycemic index diet.

The study found that participants who ate an average of one-and-a-half cups of cooked pasta a week, actually lost weight. People who ate pasta lost close to 1½ pounds over 12 weeks, compared to those who had diets featuring higher-GI foods. Bring on the penne!

This may mean that the Mediterranean diet is great for you, even if it includes pasta. This is totally unfounded and anecdotal evidence, but the restaurant menus in Italy are full of pasta options and most of Italians were not rotund fatbodies kind of adds credence to this study.

Here’s everyone after reading this outstanding news…