End Of An Era: Subway’s $5 Footlong Promotion Is Ending After Franchisees Rebel 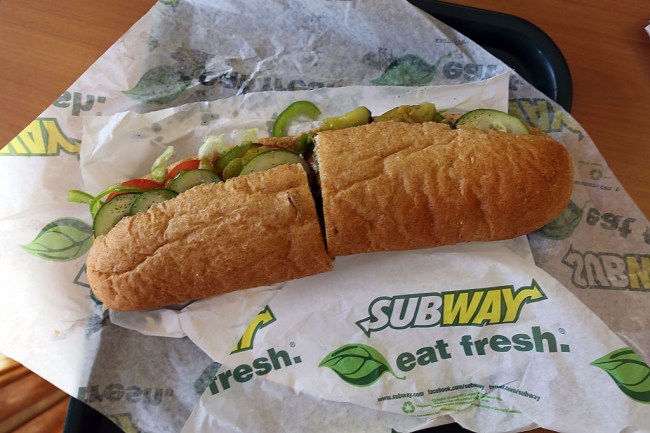 The days of Subway’s most famous promotion are numbered. The $5 footlong deal was rolled out 10 years ago and was a go-to for college students looking for a cheap, semi-satisfying fix.

The deal lost steam when Subway increased the price by $1 in 2016, but the sandwich chaise announced this past December that it would be unveiling a $4.99 footlong promotion starting January 1 of 2018.  This did not go over well with hundreds of franchise owners who claim that the offering was eating into their profit margins. According to Business Insider, more than 400 franchise owners signed a petition against the promotion, claiming the promotional focus over the past five years have left many franchisees “unprofitable and even insolvent.”

Newly appointed Subway CEO Trevor Haynes told USA Today on Monday that franchisees are no longer required to offer the deal, while allowing individual locations to decide on pricing.

“How do we help our franchisees with more of a regional value message, so they’re able to (have) a value proposition that fits with their economic model,” he said. “If you look at California, there’s a very different cost of business than in Arkansas.”

The change takes effect this month.

As Fortune points out, the footlong promotion isn’t the only change in store for the struggling franchise, which has seen 900 U.S. stores close its doors in 2017. Subway also plans to reinvest their entire image starting next year, costing a 1,200-square-foot store around $40,000.

End of an era.