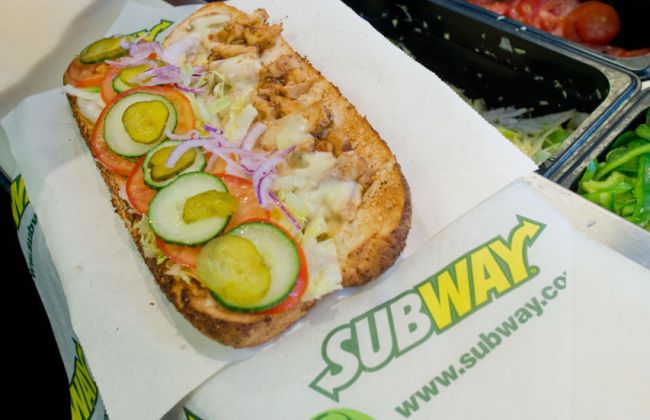 There aren’t many things people love more than telling themselves they’re being healthy without actually taking the time to confirm that is indeed the case. This is especially true amongst the many diners who subscribe to the notion that any menu item featuring vegetables is inherently better for you than options with a notable lack of them, which is decidedly not the case (as highlighted by the kale salad McDonald’s started selling a few years ago that contained more calories, fat, and sodium than a Big Mac).

Subway managed to take the world by storm by convincing customers its sandwiches were a far more nutritious alternative to the ones served up but other fast food restaurants (which is only the case if you neglect to add the oil, mayo, and other calorie-filled ingredients largely responsible for making them palatable). They managed to do so with the help of Jared Fogle, who cut 26 inches off of his waistline thanks to the “Subway Diet” and served as the chain’s primary spokesperson until it was revealed that number was around twice the age of the children he had a tendency to prey on.

However, that’s far from the only controversy Subway has found itself at the center of over the years, as the supposedly healthy food it serves up as also come under fire on multiple occasions. In 2017, DNA testing revealed that the chicken it served up in Canada could barely be called chicken at all based on how many non-poultry ingredients it was comprised of, and a few years before, another study revealed its bread contain an additive that could commonly be found in yoga mats.

Subway eventually phased out that ingredient but its bread has once again become the center of attention courtesy of Ireland’s Supreme Court, which recently issued a ruling on a case involving a Subway franchisee who argued they shouldn’t be forced to pay taxes levied on certain “staple foods.”

In 1972, a law was passed in the form of the Value-Added Tax Act, which mandated any product legally defined as “bread” must meet certain regulations when it comes to the ingredients used to make it, including a stipulation that the amount of sugar used cannot exceed 2% of the weight of the flour harnessed in the baking process.

According to The Independent, the plaintiff was soundly denied at the rim, as sugar is responsible for 10% of the weight of the recipe (if you’re too lazy to do the math, that’s five times more than is deemed permissible). While the lawsuit was initially filed in an attempt to get a refund on the taxes the franchisee in question was forced to pay because of the sugar content, they’ll now get to write a check for the legal fees they presumably incurred instead of getting one back from the government.