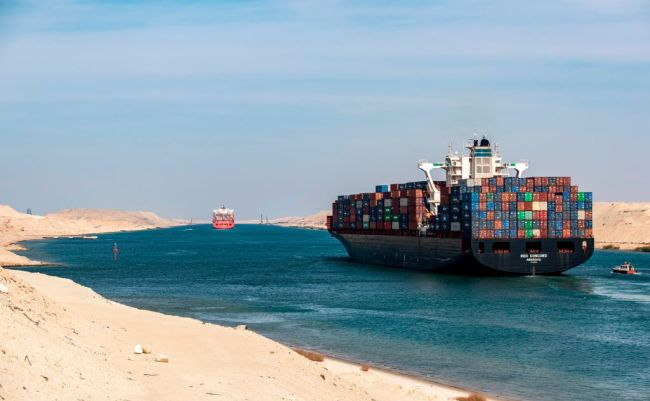 A mega-ship ran aground in the Suez Canal on Tuesday morning and is blocking traffic in both directions. Shipping agent GAC reports that the ‘MV Ever Given’ got stuck near the south end of the canal at 7:40 a.m. local time after the vessel suffered a mechanical blackout while transiting. According to the agent, the ship lost power and went dark, causing the captain to lose control.

At 400-meters-long, the ship can fit a little bit more than 20,000 20-foot shipping containers and is one of the longest “mega-ships” currently in operation. The Ever Green was leading a northbound convoy and was en route from Rotterdam to China when it stopped at the Suez Canal and got stuck. Every tugboat in the area has been employed to help with the refloating, but they are dwarfed in comparison to the Ever Given.

Ever Given’s bulbous bow stuck itself on the shore, making it extremely difficult to dig out.

Here is what the ship looks like in the canal, causing a complete blockage. 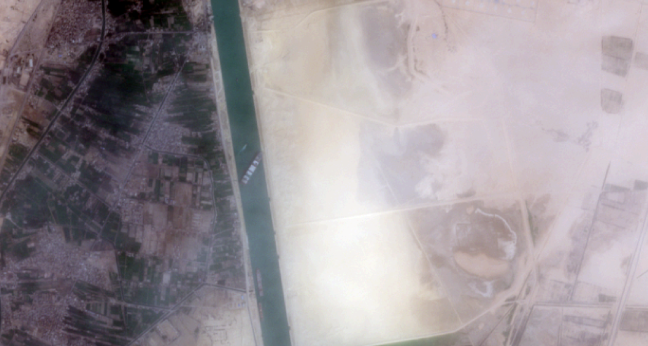 The ship, ironically, is registered to Panama (home to another one of the world’s most important canals), and has been completely immovable for more than 24 hours. As of 4:40 p.m. on Wednesday, the Ever Given remained stuck. AIS ship tracking technology shows the moment that the convoy left the canal, when the vessel got stuck, and the resulting aftermath, in which 15 ships behind the Ever Given had to turn around.

Prior to its exit from the Great Bitter Lake, the end of the canal closest to the city’s port, the Ever Given took an unfortunate path of travel in the body of water that bears striking phallic resemblance. 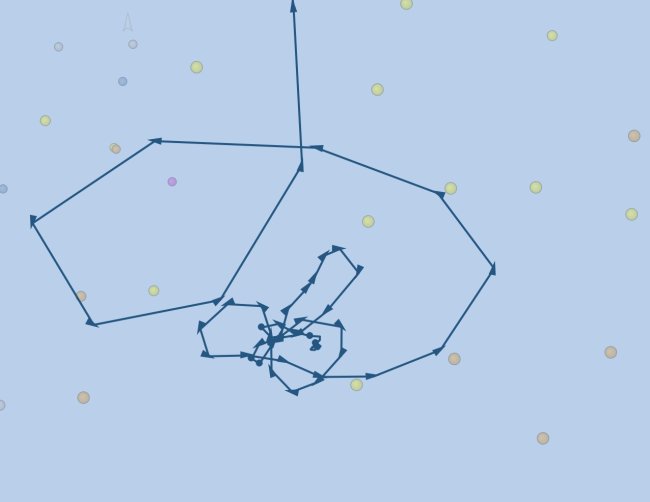 The Suez Canal is a waterway in Egypt that connects the Mediterranean Sea to the Red Sea and divides Africa and Asia. It offers a more direct route between the North Atlantic and northern Indian oceans, which significantly reduces travel time for ships. Perhaps more importantly, particularly before the era of tankers and mega-ships, the canal made it so ships could bypass the treacherous Horn of Africa. It accounts for about 8% of the global supply chain and about 10% of total seaborne oil trade.

As a result of the grounding, more than 100 vessels of varying sizes were unable to get in or out of the Red Sea and Great Bitter Lake.

🚨JUST IN: The monster container ship Ever Given is currently stuck in the Suez Canal (Egypt) and is causing a massive shipping lane traffic jam. This is one of largest lanes on earth. 👀👀 pic.twitter.com/1NBicX41TZ

This was the scene at 4:40 p.m. local time, exactly 32 hours after the Ever Given ran aground. 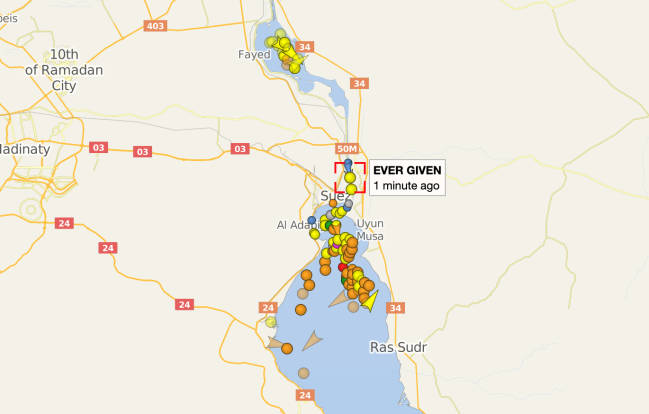 The general timeline for when the Ever Given could be back on track is unknown. There are at least six tugboats assisting in the refloating effort, with two located on the port side near the stern, one near the bow, and at least one on the starboard stern. In the northern part of the photo below is the Lake. 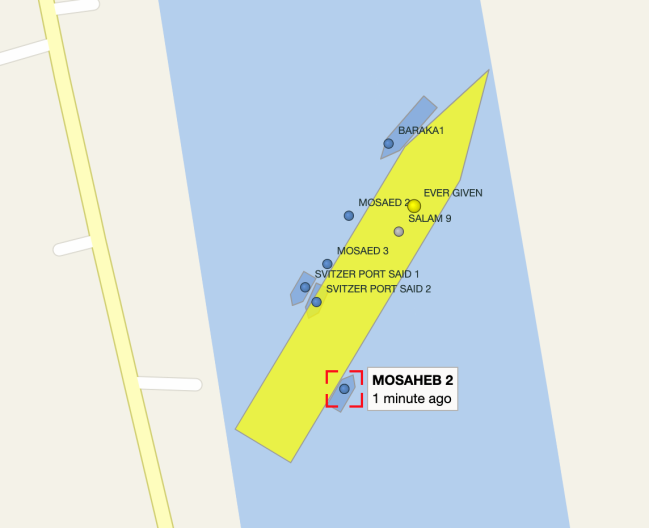 They also had a few cranes trying to dig them out, but I don’t know how far that effort will go in the grand scheme of things.

You can actually see an excavator at the front of Ever Given trying to dig the bow out pic.twitter.com/CS9BoWEOPp

Some speculate that there may be foul play at work, due to its ties to the oil industry, but more than likely it is just a system malfunction that caused a problem. And a huge problem at that. There is no telling when this ship will be unstuck, or when trade will be able to continue, and there are only two hopes. The first is that the ship eventually gets loose from the floor of the canal, and the last is an increase in tide that allows the ship to float and rotate. That could take anywhere from hours to weeks.