Electrolyte-Packed Pale Ale Is The Beer For After Your Workout 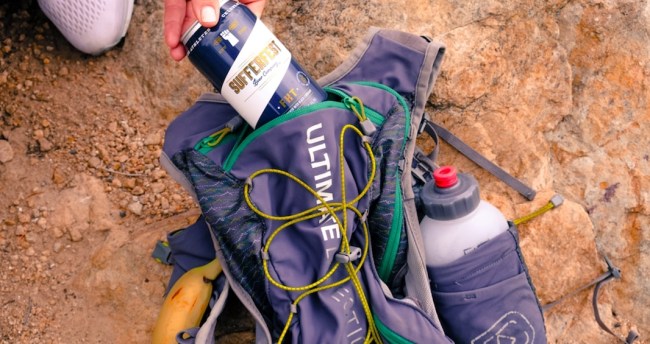 Do you crave a beer after your workout? You are not alone. There was actually a study that found most people want to enjoy a frosty brew after hitting the gym. Maybe because the beer is ice cold or maybe because beer is considered a reward for hard work in your brain. Whatever the reason, maybe you should guzzle a beer that is designed to replace lost nutrients during your time at the gym. Introducing the FKT (Fastest Known Time) Pale Ale.

The San Francisco-based Sufferfest presents the FKT Pale Ale that is the “first-of-its-kind electrolytic, nutrient-rich pale ale.” This is not your typical empty calorie beer. This brew features a healthy dose of sodium (96 mg per can) to replenish electrolytes and protect against cramping. Instead of the sports drink, grab a FKT Pale Ale because beer.

As far as flavor, the FKT is brewed with blackcurrants, which provides four times the vitamin C as an orange. Whether you are an athlete or adventurer, this low-gluten and low-carb beer “brings “thirst quenching tang, sweet aromas, and cold fighting attributes.”