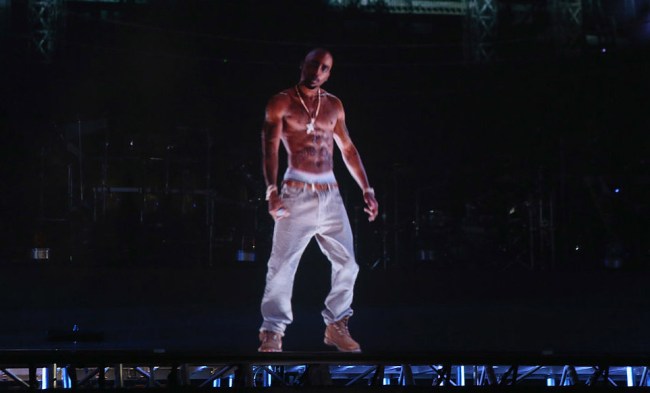 Check me if you’ve heard this one before, but someone out there thinks Tupac Shakur could very well still be alive. I know. Crazy, right? He’s probably been hanging out with Elvis Presley in somewhere like Belize this whole time laughing at all of us.

That being said, when someone who was actually there with Tupac back in 1996 when he was fatally shot, Suge Knight, says he might still be alive it does make one wonder.

Speaking to Ice-T and Soledad O’Brien from the L.A. County jail for an upcoming TV special called Who Shot Biggie & Tupac?, Knight said that what he saw in the hospital on the night of the shooting makes him believe that Shakur may not have died that night.

“I mean, when I left that hospital me and Pac was laughing and joking,” explained Knight. “So, I don’t see how somebody can turn from doing well…to doing bad.”

“So you seriously think that he might still be alive?” asked an incredulous O’Brien.

“I’m gonna tell you that with Pac you never know,” replied Knight.

Hmmm… isn’t Knight the same guy who not so long ago who named the two people he “knows” killed Tupac? Oh, right it is. And wasn’t there just a documentary that claimed Tupac knew who his killer was as he lied on his deathbed? Oh, right there was.

21 years later and we still aren’t any closer to knowing the truth. Amazing.

Listen to Knight speaking to Ice T and O’Brien below…