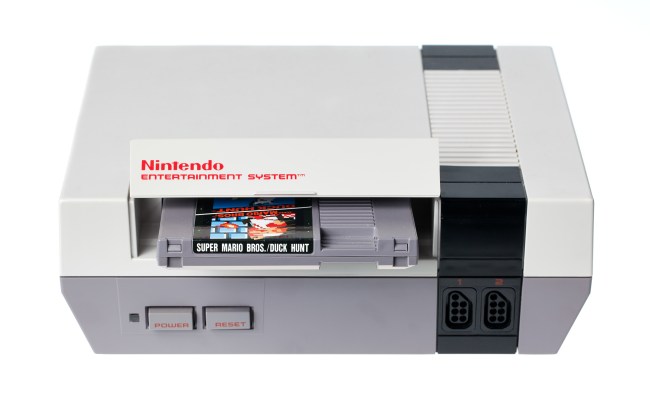 What’s the point of buying something if you’re never going to use it, ponders the guy who is basically donating monthly to Planet Fitness.

Well, for one person, the will power to never break the seal has proven to be the best financial decision he’s ever made.

An unopened 1985 copy of the iconic “Super Mario Bros.” video game was recently auctioned for $100,150, a new world record for a graded video game, Heritage Auction reports. The game was sold to a group of collectors who pooled their money to purchase the sticker-sealed copy that were only made available in the New York and L.A. test market launch of the Nintendo Entertainment System in 1985 and 1986.

Of all the sealed copies of Super Mario Bros. (11 different box variations were printed between 1985 and 1994), this is the only known “sticker-sealed” copy and was certified by Wata Games with a Near Mint grade of 9.4 and a “Seal Rating” of A++, per the press release.

“Beyond the artistic and historical significance of this game is its supreme state of preservation,” says Kenneth Thrower, co-founder and chief grader of Wata Games.

Wata Games President Deniz Kahn added that the game’s significance extended far beyond its surface-level popularity. It was legitimately an industry-saving game.

“Super Mario Bros. is not only the most recognizable game of all time, it saved the video game industry in 1985. In terms of rarity, popularity, and relevance to collectors, this game has it all. Mario is the most recognized fictional or non-fictional character in the world, more so than even Mickey Mouse. Super Mario Bros. launched the world’s largest game franchise and this copy is the only known sealed example from Nintendo’s test market release.

“I would have loved nothing more than to be a part-owner, and even though this game was already certified, I didn’t want the remote perception of any conflict of interest due to my position at Wata,” Kahn said.

If I had only just resisted the urge to rip all the tags off my Beanie Babies I wouldn’t be living paycheck to paycheck.