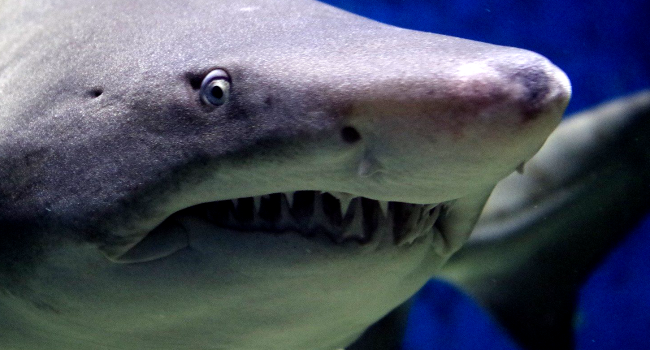 Saturday morning, the San Mateo County Sheriff’s Office reported on social media that a shark attack had taken place at Gray Whale Cove State Beach, located about 18 miles south of San Francisco. A 39-year-old surfer in California reportedly survived the frightening shark attack at around 9:15 a.m. that left him bleeding from the leg.

At 9:15am, a 35-year-old man was swimming off of Grey Whale Cove State Beach when he was bitten in the right leg by a 6-8 ft. great white shark. The male was able to swim to shore and medical aid was summoned. The male was transported to Stanford.⚠️The beach is now closed.

First responders reported that a shark, likely a white shark six to eight feet long, bit a surfer once, leaving ten teeth marks in the man’s leg, according to KTVU News.

“The patient was bitten by a small great white shark, he was able to swim to shore with the assistance from bystanders until first responders got there,” San Mateo County Fire District Battalion Chief Brian Ham told ABC 7 News.

INCIDENT UPDATE: Upon arrival at Gray Whale Cove firefighters/paramedics found a male on the beach with a confirmed bite to his body. Patient was treated with advanced life support measures and transported to a local trauma center in serious condition. pic.twitter.com/z3dcy9gTR6

“The surfer did get a look at the shark to confirm it was a great white,” said Ham.

“There was a lot of blood running down his leg,” said Thomas Masotta, who was fishing at Gray Whale Cove when he heard the surfer calling for help.

“He yelled, ‘Hey guy!’ When he saw that I saw him, he collapsed to the ground,” said Masotta.

When he heard the cries, Masotta moved to higher ground to get a signal and call 911 then used the straps on his backpack to stop the bleeding from the shark attack.

“Luckily, the straps detach, I was able to un-clip and use them as a tourniquet,” said Masotta.

A low cloud cover made aerial transport unfeasible so the man was taken to a local hospital by ambulance after being helped to shore by bystanders. He was reportedly released later that day.

“It is very surprising because we’ve been coming here since we were kids and we’ve never ever heard of encountered anything like that,” said witness Ruben Salazar.

This is the 39th shark attack bite in 2021 globally and the 20th in the United States, according to TrackingSharks.com.

Live Science reports that the odds of dying from a shark attack are 1 in 3.75 million.