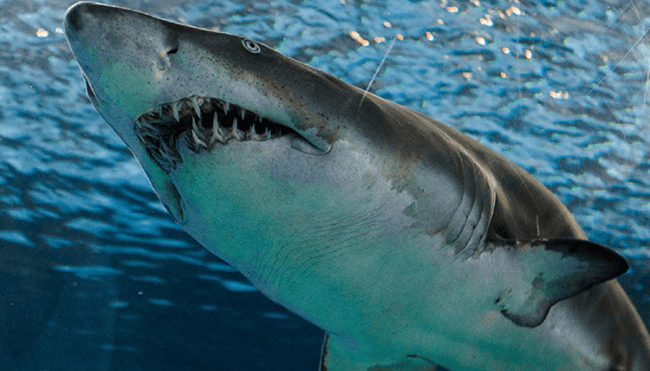 Earlier this week, we learned Steven Spielberg hit Universal with a hard pass after he was asked if he had any interest in rebooting the Jaws franchise that’s been dead in the water since 1987. As a result, anyone who wasn’t born with an irrational fear of the ocean will have to rely on the original horror classic if they want to be permanently traumatized.

The film was released in 1975 with the tagline “You’ll never go in the water again,” a prophecy that countless moviegoers saw realized by the time they left the theater. Despite being a decidedly fictional movie, Jaws sparked a worldwide panic that has since resulted in the deaths of billions of sharks, which is one hell of an overreaction when you consider shark attacks claim an average of fewer than five lives on a yearly basis.

In fact, less than 200 people have died as the result of an unprovoked attack since the movie came out, and while over 3,000 people have officially had an unsolicited encounter with an irritable shark since stats were first reported, that total isn’t really something to fret about when you consider that number covers every incident ranging back to 1580.

However, according to Sky News, we can add one more number to the fatality count if you expand that timeline a bit, as archaeologists in Japan believe they’ve found the oldest shark attack victim ever discovered in the form of a man who died over 3,000 years ago before being buried in a mass grave on an archipelago in the Seto Inland Sea.

Researchers were understandably flustered when they uncovered the remains and discovered evidence of 790 “deep, serrated injuries” on a body that was missing a left hand and a right leg (the left leg was technically intact, but it was found placed atop the interred after presumably being severed in the shark attack).

Based on the evidence, the team that studied the body believes the man may have been attacked while fishing with other people and say the aggressor was likely a tiger shark or a great white. There’s no way to know for sure, but if there were indeed others around to witness what went down, I have a feeling at least one of them never went in the water again.