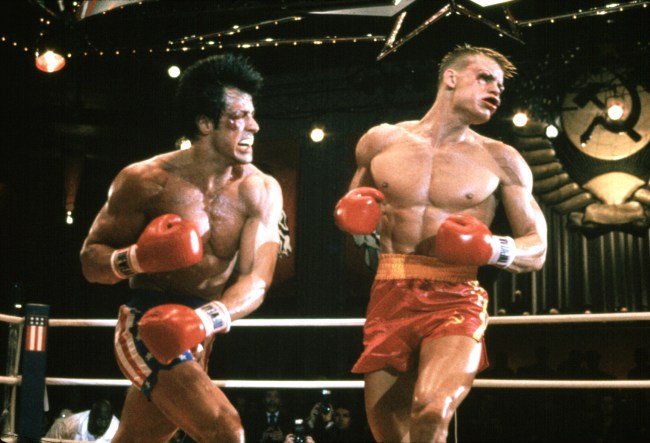 Sylvester Stallone has revealed that he nearly died making Rocky IV in a new documentary uploaded to his YouTube page.

In the video titled The Making of ROCKY VS. DRAGO by Sylvester Stallone, the legendary Academy Award-nominated screenwriter and actor detailed how the climactic fight with Dolph Lundgren’s Ivan Drago almost killed him. Literally.

“The first thing we shot [was] my entrance, [Lundgren’s] entrance, and the introductions and then I got really injured during the fight and I had to be flown into intensive care to California from Canada,” Stallone said in the documentary.

“[Lundgren] pulverized me. And I didn’t feel it in the moment but later that night my heart started to swell. My blood pressure went up to 260 and I was going to be talking to angels. Next thing I know I’m on this emergency, low-altitude flight. I’m in intensive care surrounded by nuns and then after that, I had to go back and finish the fight.”

Luckily for both Stallone and the fans of his iconic career, he survived the health scare and was able to complete Rocky IV. And Rocky V. And Rocky Balboa and Creed and Creed II.