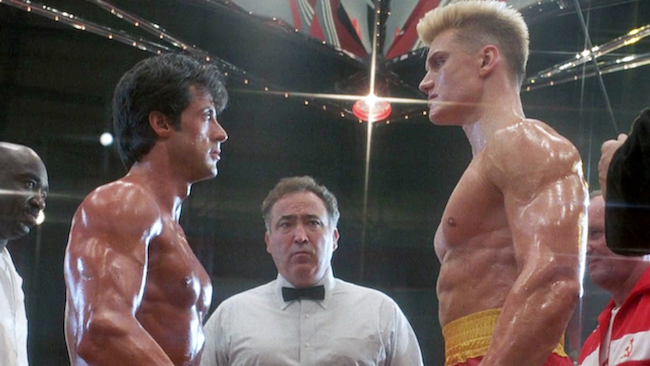 Last month, we learned that 27-year-old Romanian boxer Florian “Big Nasty” Munteanu was cast to play Ivan Drago’s son in Creed 2. Big Nasty stands in at a towering 6’4” and is 245 pounds of sheer muscle. Ivan Drago Jr. will face off against Adonis Johnson played by Michael B. Jordan, who is absolutely no slouch as seen here. Sylvester Stallone will return as Rocky Balboa and will be mentoring Adonis in the revenge fight against the son of the man who killed Apollo Creed. Stallone teased Creed 2 with a hype-worthy poster of Ivan Drago’s son and Apollo Creed’s son on his Instagram.

Dolph Lundgren returns to the franchise to play Ivan Drago, who will train his son for the big boxing bout. If Ivan doesn’t say, “If he dies, he dies” or “I must break you,” many will be disappointed. The sequel to the 2015 box office hit will be directed by Ryan Coogler, who helmed Black Panther, which is having a tremendous opening weekend. Which is great news for Michael B. Jordan, who is Killmonger in Black Panther. Creed 2 hits theaters on November 21.