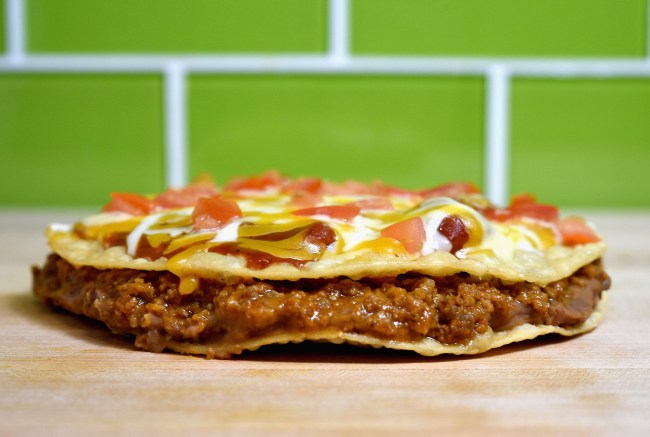 Taco Bell’s Mexican Pizza is no more and people don’t seem to be happy about the news.

On Thursday, the fast-food chain announced starting on November 5th they were also going to remove the beloved Mexican Pizza, all items with shredded chicken, including the Shredded Chicken Soft Taco, Shredded Chicken Burrito, and Shredded Chicken Quesadilla Melt in an effort to streamline their menu.

“We’re constantly evaluating ways to provide a more efficient restaurant experience, and have already begun to see progress from streamlining our menu,” Mike Grams, Taco Bell’s president and global COO, said in a press release. “While we know fans may be understandably sad to see some of their favorites go, this evolution of our menu truly paves the way for fresh new ideas. The creativity and innovation in our kitchen hasn’t slowed down at all, and we look forward to rolling out new fan favorites.”

Fans of the Mexican pizza took to Twitter to voice their displeasure about their favorite fast food item being removed from the menu.

when taco bell removed the mexican pizza from their menu pic.twitter.com/RthCnQYd58

Alright, @tacobell, I understand some of those first cuts you made, even if it hurt to lose the potatoes. But now you're axing the Mexican Pizza?!? pic.twitter.com/H7zlO9xZtI

TACOBELL JUST ANNOUNCED THEY ARE GETTING RID OF THE MEXICAN PIZZA AND I SWEAR TO GOD I WILL RIOT IN THE STREET.

Taco Bell already took the spicy potato taco from me, and now the Mexican Pizza?! pic.twitter.com/OBlVM2TVgi

I am hearing unconfirmed reports that Taco Bell is discontinuing the Mexican Pizza on Nov 5. If this is true I am done

Taco Bell removing the mexican pizza from their menu https://t.co/LOrmBK6vqe

say it ain’t so @tacobell!! the Mexican pizza has literally been one of the most important food items of my life. I wouldn’t have met my wife without it.

Taco Bell is getting rid of the Mexican pizza… pic.twitter.com/gyjMVOI7eW