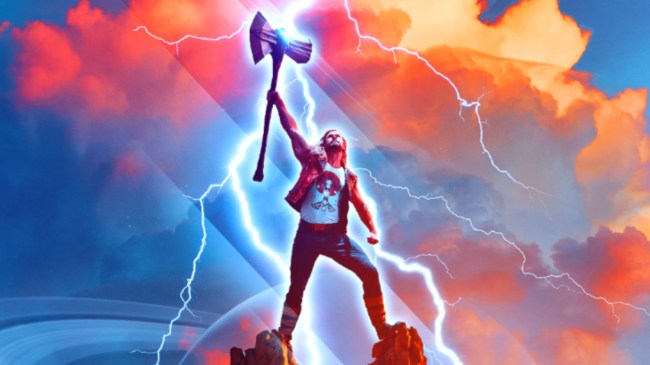 With the release of Thor: Love and Thunder this summer, Chris Hemsworth’s God of Thunder will make history as he becomes the first character in the Marvel Cinematic Universe to star in a fourth solo film, which is a feat not even achieved by the likes of Robert Downey Jr’s Iron Man and Chris Evans’ Captain America.

And while Thor: Love and Thunder will very much be about Thor’s continuing journey — the director describes the story as Thor going through a “mid-life crisis” post-Infinity Saga — the film is chock full of other stars and characters, as the Guardians of the Galaxy are set to appear alongside Natalie Portman as The Mighty Thor.

Additionally, the Thor: Love and Thunder cast list features the Oscar-winning talents of Russell Crowe and Christina Bale, who are two performers that director Taika Waititi has recently singled out when discussing his upcoming superhero epic.

Taika Waititi praises the performances of Russell Crowe and Christian Bale in Thor: Love and Thunder

Waititi is even more secretive about Russell Crowe’s role as the god Zeus, but teases that Crowe plays the role in “a way you’ve never seen Russell before.”

“I consider Russell a friend, and I forget that there are some friends I have who are really incredible at what they do,” Waititi says with a laugh. “When I was on set with Russell, I was like, ‘Oh shit, that’s right! You’re Russell Crowe! You’re a really amazing actor!’” [via Entertainment Weekly]

Waititi’s comments about the Oscar-winning Crowe come just about a week after he told the Associated Press that he believes Christian Bale’s Gorr the God Butcher is the MCU’s best villainous performance yet.

“It’s a great, really fun, weird little group of heroes, a new team for Thor with Korg, Valkyrie and The Mighty Thor,” Waititi said. “And, in my humble opinion, we have probably the best villain that Marvel’s ever had in Christian Bale.” [via Associated Press]

At this time, while Crowe’s Zeus was briefly seen in the first teaser for the film, fans have yet to get an official look at Bale’s Gorr the God Butcher.

Later this year, Love and Thunder will be followed by Black Panther: Wakanda Forever, which hits theaters in November, and a handful of MCU series on Disney+ such as Mr. Marvel, She-Hulk, and season two of What If…?