‘Thor: Ragnarok’ Director Set To Return For The Fourth Film In The Franchise 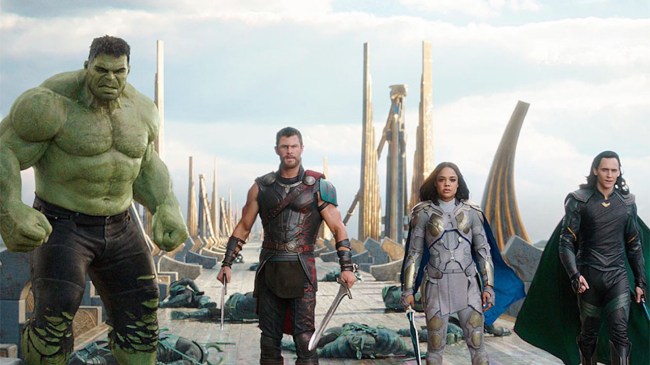 Acclaimed Thor: Ragnarok director Taika Waititi has signed on to write and direct the fourth film in the Thor franchise, according to an exclusive report from The Hollywood Reporter.

Warning: spoilers for Avengers: Endgame and the Marvel Cinematic Universe will follow.

Given that Iron Man sacrificed himself at the end of Avengers: Endgame and that the Hulk hasn’t been given his own movie since his subpar first film, Thor — despite having arguably one of the weakest franchises in the MCU — is now its elder statesman when it comes to solo outings, having already appeared in three of his own movies.

Similar to the Hulk, Thor was seemingly on the verge of being mothballed, as his first two films — Thor and Thor: The Dark World — make up two of the five lowest-rated MCU films on Rotten Tomatoes.

Luckily, thanks to a tonal shift that leaned heavier on the inherent silliness of the character and the comedic chops of Chris Hemsworth, the third film in the franchise — the Waititi-helmed Thor: Ragnorok — proved to be one of the funniest, cleverest, and ultimately, one of the best entries in the Marvel Cinematic Universe.

All of that is just an extremely elaborate way of saying that Marvel Studios signing Waititi for the fourth, and likely last, Thor solo movie is a major win for the studio.

Waititi brought his own stamp to the Thor franchise with Ragnarok, infusing the movie with an idiosyncratic wit evident in his previous work like What We Do in the Shadows and Hunt for the Wilderpeople. Audiences responded to the tune of almost $854 million worldwide while critics’ raves put the movie at 93 percent on Rotten Tomatoes. The move also rejuvenated what had been a rare declining franchise performer for Marvel.

Chris Hemsworth is expected to reprise his career-defining role as the Asgardian god of thunder. [The Hollywood Reporter]

While no release date has been revealed — although that may happen at San Diego Comic-Con this weekend — a 2022 release seems natural given the time it takes to write, produce, shoot, and market a film.